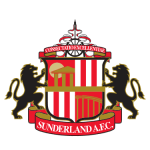 Ross Stewart was denied of the League One Golden Boot by one goal as Sunderland secured their return to the Championship. The 25 goals scored by the Scotsman throughout the season were bettered only by Will Keane who helped fire Wigan to the title with 26.

The Black Cats will be desperate for Stewart to continue his rich vein of goalscoring form as they look to consolidate their place back in English football’s second tier. For a team who are fighting against the prospect of relegation, a consistent striker is such a potent weapon and Alex Neil will be fully aware of that.

While it might be a stretch to consider Stewart as one of the favourites to beat the likes of Teemu Pukki, Karlan Grant and Billy Sharp to the Golden Boot, there is a big chance Stewart will be able to put up double figures in terms of goals. According to the odds provided by Betfred, the Sunderland striker has more than just an outside chance of winning the award.

There are no surprises to see that Pukki, at 8/1, is the heavy favourite for the Golden Boot given the success he has enjoyed for Norwich previously. There is a cluster of other Championship forwards behind the Finland international then a collection of players are valued at 20/1, including Stewart.

Here is a list of the favourites for the Championship Golden Boot, according to the odds:

Go here for all the latest Sunderland news.

Sunderland's Bailey Wright on his new contract, Alex Neil, and why he was desperate to stay

Report: Spurs in talks over potential permanent sale of 21-year-old To The Lane And Back