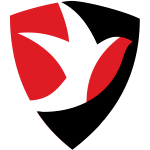 Nine players who could leave Aston Villa on loan this summer

Aston Villa have will allow a number of their promising academy stars to leave the club on loan this summer to gain invaluable experience away from development football.

The likes of Louie Barry, Aaron Ramsey, Kaine Kesler Hayden and others all enjoyed their first experiences of professional football, away from the Premier League 2 development league. This coming season, Villa could have more than ten youngsters dotted around the EFL and National League as they start their exciting careers.

Steven Gerrard will be keeping a close eye on the likes of Tim Iroegbunam and Kesler Hayden, with a view of including them in the first-team set up for the 2022/23 campaign, but other players will be expecting to make their first moves into the lower leagues in the coming weeks. Here is a list of nine players who could leave the club to get that experience next season.

Midfielder Iroegbunam could be sent out on loan next season as Gerrard continues to monitor the teenager before deciding what is the best course of action for him to take. He needs more match minutes and experience playing first-team football having proved that he is capable of making the step up from the Premier League 2. Iroegbunam made his debut for the club last season in a 2-0 win over Brighton, before then starting his first Premier League game against Norwich City in April. The 18-year-old is a player well respected by Gerrard after he chose to promote him to first-term training no sooner than he arrived at Bodymoor Heath back in November.

The right-back enjoyed two different loan spells last season, one at Swindon Town in League Two and another in League One at MK Dons. Both clubs narrowly missed out on promotion last season as both their play-off campaigns ended in heartbreak. Kesler-Hayden returned to Villa in January as Gerrard wanted to take a good look at the defender, before sending him back out on loan to League One promotion chasers MK Dons. The teenager impressed there and demonstrated enough quality to either compete for a place in Villa's first-team next term, or be sent out on loan to the Championship.

Sinisalo joined the academy in 2020 and has spent time on loan in Scotland with Ayr United in 2020, however the deal was cut short due to the player suffering a groin injury in 2021. The 20-year-old is expected to leave the club on loan this summer to gain more experience ahead of being introduced to more regular first-team football at Villa Park in the coming years.

The scorer of Villa's opening goal in the FA Youth Cup final last year, Chrisene will have a long list of clubs keen to take him on loan if Villa decide that he needs a season away from the club. At 18, the Exeter youth product has immense potential and could fill various positions for interested EFL clubs. He joined Exeter City’s academy at the age of 11 and has been capped at Under-15, U16 and U17 level for England, while he also became Exeter's youngest-ever player in August 2019 when he made his debut in the EFL Cup against Coventry City at the age of 15.

Sil Swinkels of Aston Villa U21 attempts to head the ball away from Max Watters of Milton Keynes Dons (Image: Getty Images)

Swinkels, 18, arrived from Dutch outfit Vitesse Arnhem in summer 2020 and contributed to Villa's success in the 2-1 win in the FA Youth Cup final against Liverpool. The Dutchman is highly-rated at Bodymoor Heath and has a big future ahead - he'll likely leave on loan next season if Villa can find the right club for him to continue his development.

Young will be looking to make a bigger impact than what he managed at Carlisle when he returns to a new club this summer, whether that's on loan or a permanent transfer. He signed a season-long loan deal in August and made 20 appearances for The Cumbrians, scoring three goals. However, his move was cut short in January.

Barry had a forgetful time of it at the beginning of last season at Ipswich in League One, with the teenager making just one league start at Portman Road under then-boss Paul Cook before ripping up his season-long agreement to join Swindon in League Two. The former Barcelona man kicked into another gear under Ben Garner and scored six goals from his 12 starts to cement Swindon’s play-off place. Barry started in both legs against Port Vale but, in the end, the Robins came up short - Villa's exciting starlet will be available for another loan switch this summer.

During his loan spell at Cheltenham Town last season, Ramsey got to experience a taste of life as a first team regular, making 15 appearances, scoring one goal. Ex-Robins boss Michael Duff was delighted with Ramsey's performances on the pitch for Cheltenham and his attitude in training during the short-term loan spell. Asked by GloucestershireLive if he'd like to take Ramsey back to Cheltenham next season, Duff said: "I'd take him back in a heartbeat because I see him every day in training." However, as Duff has joined Barnsley ahead of the new campaign, it is unclear where the England Under-19 star will be playing his football next season.

At the 2022 EFL Awards, Azaz was awarded the League Two Young Player of the Season award as well as being named in the League Two Team of the Season. He made 14 goal contributions in 42 appearances in League Two last term, but it is currently unclear whether the midfielder will leave Villa on loan or permanently next season after Villa took him from West Brom last summer.

Nine players who could leave Aston Villa on loan this summer 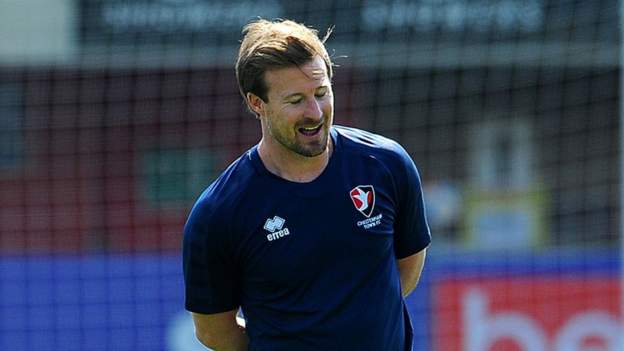