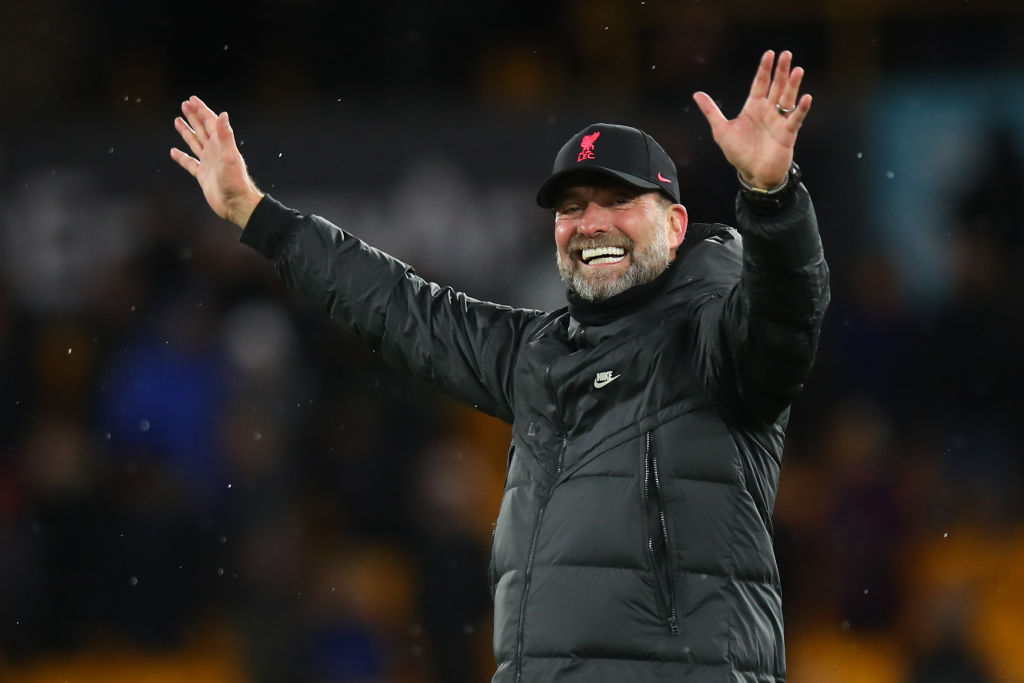 Following a frustrating 93 minutes against Wolves, up steps Divock Origi with a late winner. Origi was the Liverpool hero as he sent his side top of the league.

The Liverpool forward turned and finished emphatically to snatch all three points in a hard fought battle at Molineux.

Liverpool manger Jurgen Klopp was full of praise for the striker, branding him “The Legend – Divock Origi”.

Klopp saw his side waste many chances throughout the game which the German described as “sitters”.

During a 7 year spell at the club thus far, Origi has struggled to become a regular starter in the side.

Despite this fact, Klopp remains “very happy that he is still here”.

Even going as far to say “if I was at another club, I would go for him”.

Fans of the club will remember Origi scoring twice in a 4-0 win over Barcelona in 2019 in order to send his team to the Champions League final.

Adding to this, the Belgium international scored a late goal in the final to seal a 2-0 victory over Tottenham.

Origi became a cult hero for the club following these goals.

Adding to these vital goals , Origi was the Liverpool hero again as he scored a bizarre 96th minute winner over rivals Everton.

Being able to keep his composure in these high pressure situations is a vital attribute in Origi’s game.

Klopp was full of praise for Origi following the win that saw his side go top of the table temporarily.

“He is an incredible finisher and if we at Liverpool don’t know it, then who should know it” Klopp claimed.

Klopp admitted “it is difficult to get 500 minutes a week in this team”.

However the German acknowledged Origi remains “an incredible football player”.

The simplest way Klopp could explain his point was to say “He could be Divock Origi 100%”.

The manager was like a proud dad saying “winning in the 90th minute is great but when Div scores a goal it makes it even better”.

Will this goal lead to Origi getting more game time at Anfield?

In other news, 'Can't be human, just absurd': Arsenal fans shocked by who's appeared at Colney