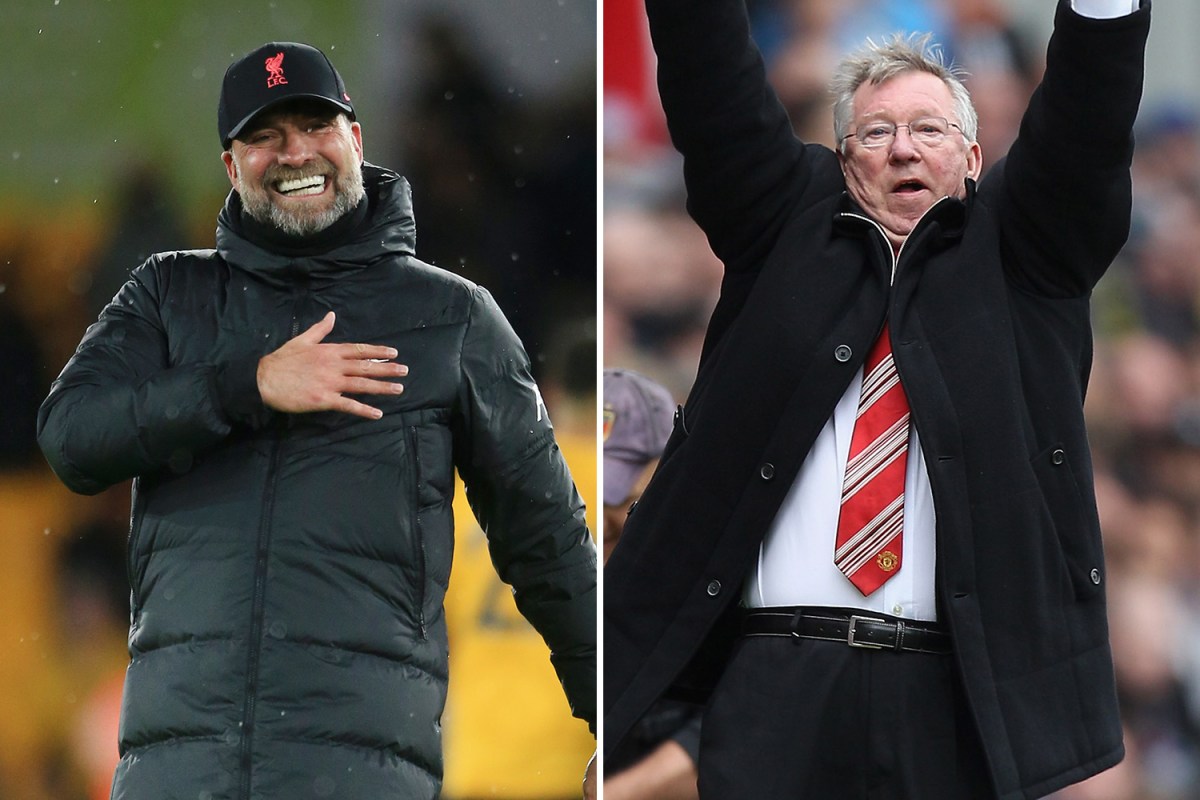 The German tactician guided Liverpool to a stunning 1-0 win over Wolves on Saturday, sending his side top of the table.

Liverpool have scored 13 late winners in the Premier League under Jurgen Klopp - more than any other clubCredit: Getty

Divock Origi struck in the 94th minute to beat Wolves on SaturdayCredit: Getty

Divock Origi pounced in the 94th minute to seal the thrilling win.

And Liverpool’s last-gasp winner was their 13th scored in the 90th minute or later under Klopp in the Premier League since his arrival six years ago.

That’s more than any other side in the same time frame, with Manchester United - who were kings of the late goal under Sir Alex - in second place with nine winning stoppage-time strikes.

Tottenham are third with eight in the same period, with West Ham and Wolves tied on seven apiece.

Klopp’s Liverpool scored three late winners in 2016, but incredibly didn’t get one in 2017.

There were two in 2018, including one from Origi, while 2019 saw FOUR last-gasp winning strikes netted.

Liverpool bagged just one late winner in 2020, and today’s one against Wolves was their third of 2021.

Sadio Mane has the most, with three to his name, while Origi has two.

And the latest-ever winner was scored by Christian Benteke against Crystal Palace in 2016, with 95:10 on the clock.

“He is a legend. People will write books about him, hopefully. If not then I’ll do it.

"He's such a great player, a great guy. It’s a good moment, coming on and contributing like he did today, scoring that goal – outstanding.

“I’m really, really happy for him.”