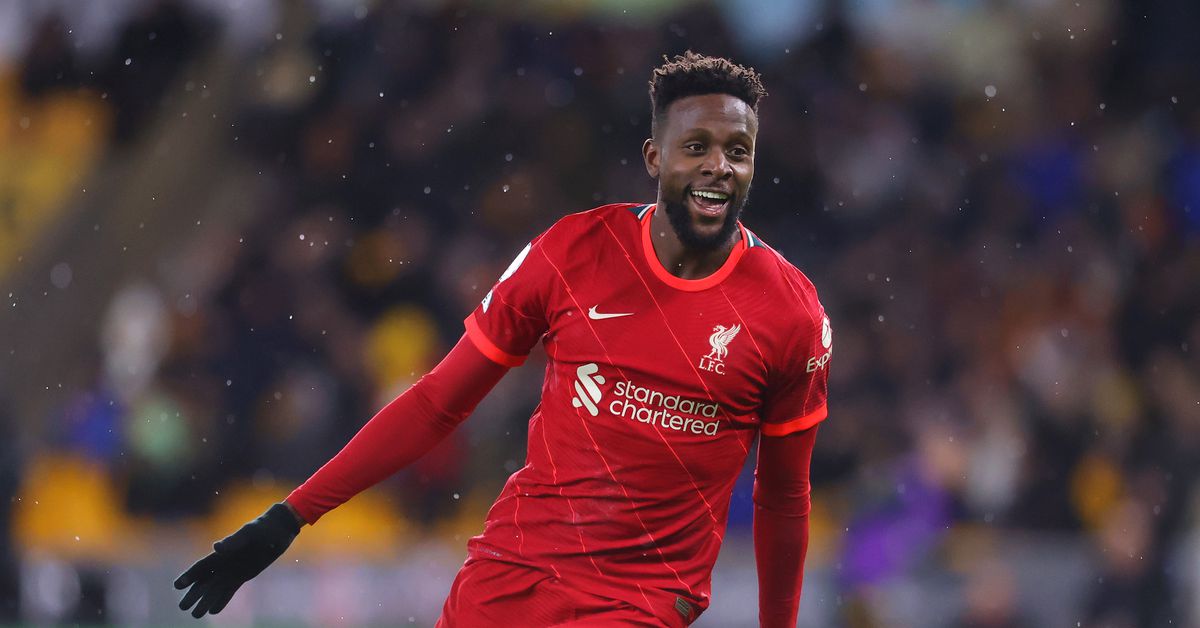 Liverpool controlled much of the ball, but struggled early to find space against a well organized Wolves side. When the Reds finally found some cracks and started to break through, they spurned several clear cut chances. Thankfully, the Reds had Divock Origi to come to the rescue with a late, late winner. Let’s take a look at some of the hows and whys of the game.

Divock Origi
Divock Origi certainly has a penchant for scoring big goals, doesn’t he? Or at least, he never seems to score a boring goal. Brought in as Liverpool were chasing the win, Origi popped up a couple of times in good spots before making a calm turn under pressure in the 94th minute before slotting the ball home.

That's Divock Origi's 10th Premier League goal scored as a substitute for Liverpool.No player has scored more league goals as a sub in the club's history.

Fabinho and Thiago
Liverpool’s dynamic midfield duo were everywhere today, vacuuming up seemingly every loose ball in midfield and then getting the attack started again. When the two have played together, Liverpool have won 14 games and drawn 1. Seems good.

For this game, Fabinho was at his lanky best, making 3 interceptions and 2 tackles, and recovered seemingly every ball that popped loose within a 15 yard radius around him. Thiago was arguably Liverpool’s best player on the day, showing his excellent passing range and vision. He completed 7 of 10 long balls, including several perfectly weighted balls. He also put in his usual defensive shift, making a couple of interceptions and tackles himself.

Joël Matip
The meme-able defender has been splitting minutes recently with Ibrahima Konaté, but he put in a classy and assured performance today. Matip had 3 tackles and 2 clearances in addition to winning 4 headers. He showed off his trademark dribbling, carrying the ball to the top of the Wolves box a couple of times.

Diogo Jota
The Portuguese attacker has been in excellent form recently, and seemed primed for a big game on his birthday against his former club. Instead, Jota, who has been so efficient with his finishing, missed on two of the biggest chances of the game. In the first half, he rose to meet a cross from Trent Alexander-Arnold, but put his header inches wide of the post. In the second half he failed to convert with the keeper out of his goal, instead drilling the ball right at Connor Coady who had hustled back to get on the goal line, in the center of the goal.

“It is a perfect result for this game because it was a very tricky game for plenty of reasons. The opponent defended well, lucky in moments, threw their body between us and the goal. These are the days where it very often happens where you can just go home with 1pt or nothing.”

Fixtures are coming thick and fast now. Liverpool have their third away game in a week span (I know, Everton was technically one of those “away” games) as they head to Italy to take on AC Milan in the last Champions League group stage match. With Liverpool having clinched the top spot in their group already, expect wholesale changes in the line up to get key players rest before the Reds return home to take on Aston Villa in Stevie G’s return to Anfield.