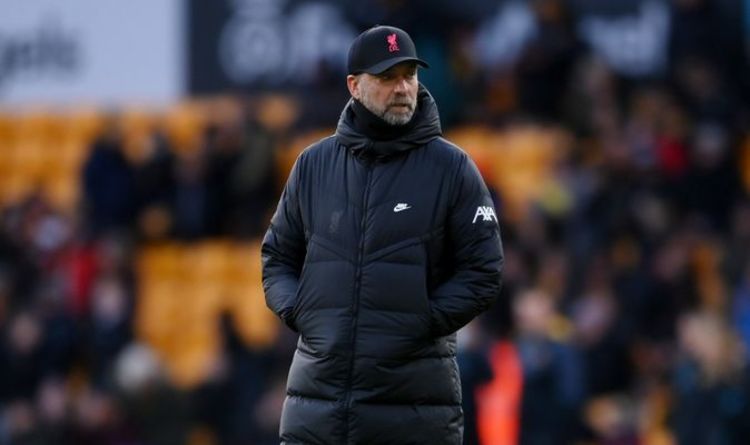 Liverpool are blessed with some of the best forwards in the league, but their lack of a no.9 option was highlighted in their 1-0 victory over with Wolves. But Jurgen Klopp may already have a plan to solve that issue.

The Reds were gifted the opportunity to top of the Premier League after West Ham beat Chelsea earlier in the afternoon, and it took them until the 93rd minute to break the deadlock against the Molineux Stadium outfit.

Divock Origi came off of the bench to score the all important goal after good work from Mohamed Salah on the wing.

Wolves' former star Diogo Jota could have settled the tie sooner in the second half but instead of showing his usual composure in front of goal, he blasted his effort straight at Conor Coady with goalkeeper Jose Sa out of his goal.

Despite their overwhelming talent in the final third of the pitch, the Reds really lacked a different option to change the game.

Salah, Jota and Sadio Mane all started and are exciting options who can carve a chance out of nothing and link up to produce excellent goals, but the squad lacks a more direct option.

Jurgen Klopp may sign a forward in January (Image: Getty)

Klopp had Takumi Minamino and Origi as his two players who could come on to try and break the deadlock at 0-0 - but the pair aren’t often the forwards to be relied on in a time of need.

Origi, 26, is out of contract at the end of the season and has not started more than seven games in the league in each of the last five seasons and looks likely to be on his way, though his late winner could give Klopp some food for thought.

On the other hand, Minamino still looks to have a future at Anfield since arriving from RB Salzburg in 2019, but he has struggled to make an impact for the Reds and he too is not the impact substitution of a team wanting to win the league.

But, according to El Nacional, Liverpool are looking to add one of the best strikers in world football to their ranks in the form of Real Madrid’s Karim Benzema.