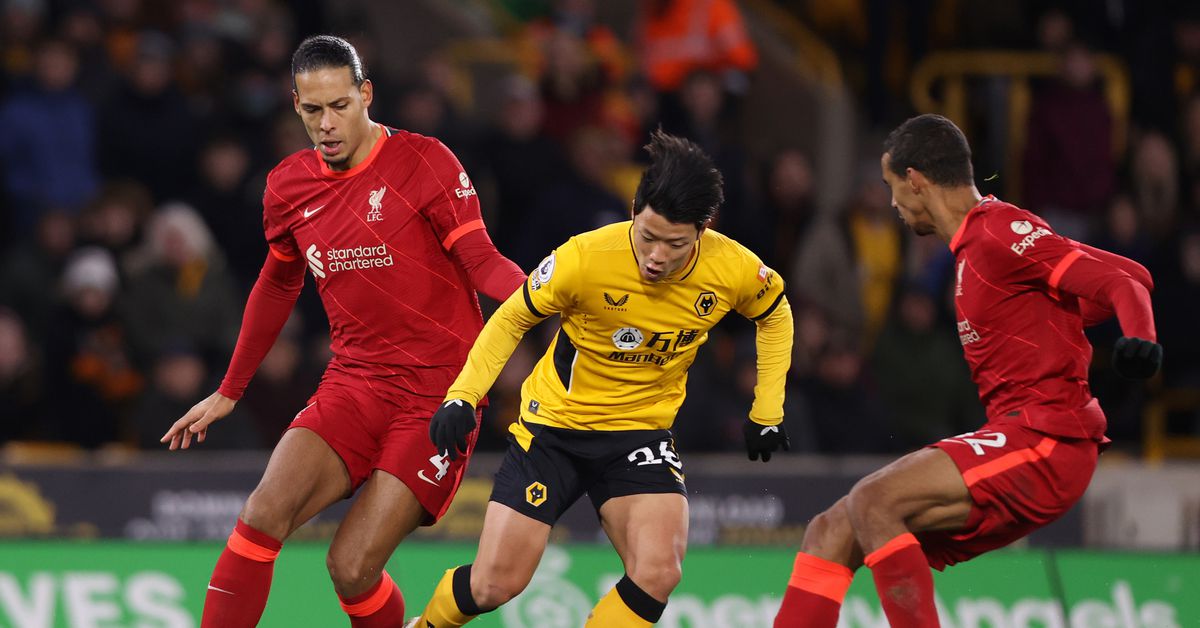 Klopp had no surprises in the line-up. He put out his best fit XI to try and continue their huge run of form against Wolves.

The match began without either team gaining much ground. Liverpool had the majority of the possession without looking dangerous in the first 10 minutes. Most of the early portions of this match took place batting the ball around the midfield.

17 minutes in, Liverpool finally managed to force a couple quick corners that ultimately came to nothing, but that seemed to be the impetus for the Reds to kick into the next gear. They pushed forward, playing higher up the pitch and creating more opportunities in front of the goal.

Trent Alexander-Arnold came close, but couldn’t get the ball down to feed it into one of his teammates in the box. Instead, it went flying over the goal for a goal kick. In the 31st minute, Diogo Jota placed a free header just wide of the post in Liverpool’s best move of the match so far.

The last quarter of the first half was all Liverpool as they trapped Wolves in their box and relentlessly pursued that first goal. Again they almost had it when Jota played in Andrew Robertson, who squared the ball across the face of goal for Mohamed Salah. However, a late challenge from Saiss prevented Salah from a simple tap-in.

After an injury time surge from Wolves, both teams enter the tunnel at halftime scoreless.

The second half began with Liverpool attacking once again attacking. In the 50th minute, a ricochet from Alexander-Arnold to the Wolves goalkeeper Jose Sa around the front of the goal until Thiago Alcantara got a foot on it. Unfortunately, Sa managed an instinctive save to keep the ball out, and so Liverpool continued to search for that first goal.

As the match wore on with nothing to show for it, Liverpool began to get sloppy, with Fabinho and Robertson being shown yellow cards. Klopp made his first change to liven things up in the 67th minute, adding in Divock Origi as another attacking option and removing captain Jordan Henderson.

It took almost 30 long minutes of frustration, but finally his gamble paid off. 90+4’ minutes into the match, it’s Origi who saves Liverpool, grabbing the three points with nearly the final touch of the match.

It was a hard one to watch, but Liverpool did the business thanks to some Origi magic. They managed to take advantage of Chelsea’s slip up against West Ham to regain the top spot, at least for a little while.