2 Liverpool lineups vs. Wolves with Thiago or Ox decision to make
This Is Anfield 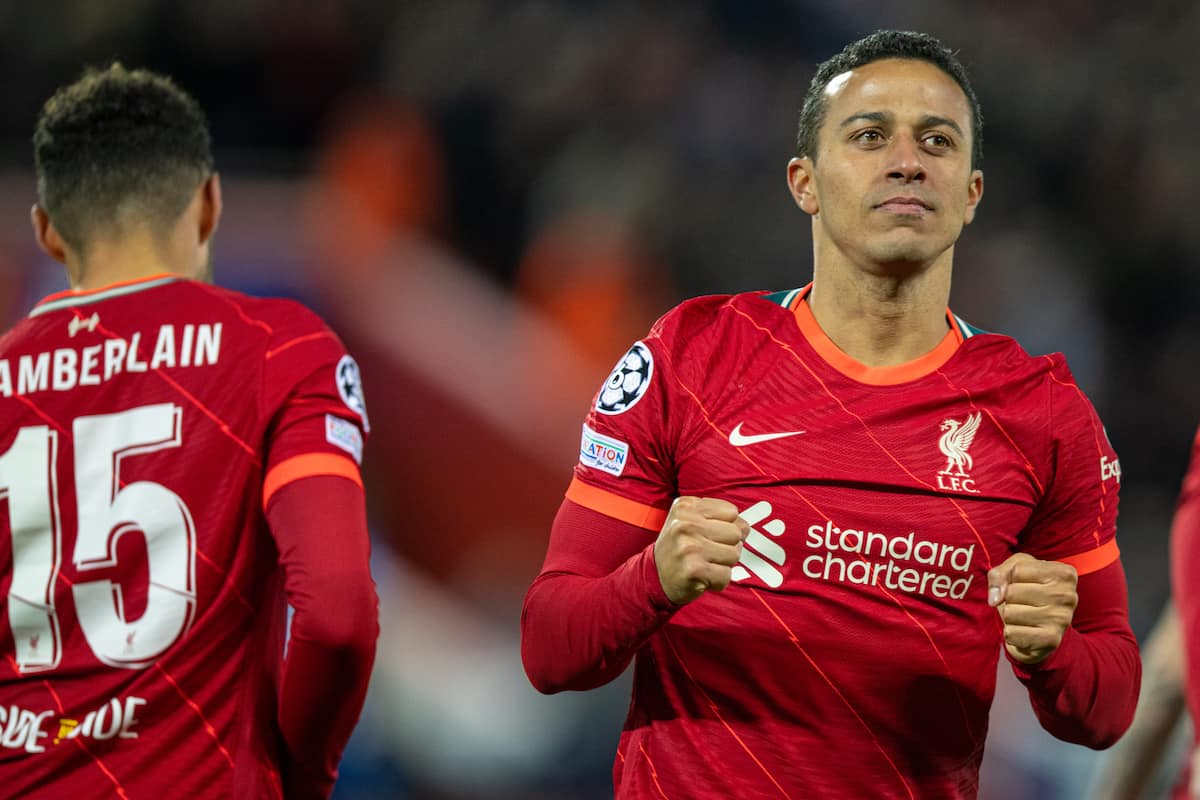 Liverpool’s relentless run of games continues with a trip to Wolves on Saturday and Jurgen Klopp could be tempted to name an unchanged XI, despite the tight turnaround.

The Reds’ sublime form in front of goal continued at Goodison Park in midweek and in turn, it notched the fourth successive victory in all competitions.

That run will look to be extended on the weekend as Liverpool hit the road once more, with eighth-placed Wolves waiting for their arrival at Molineux.

It will not a straightforward task with Wolves having conceded just six goals on their home turf in the league this season, but the question is will they be a match for a Liverpool side with 25 away goals in seven games.

So how could Klopp set up his side at Wolves?

There was a welcome boost with Naby Keita and Joe Gomez making their training return on Thursday but Klopp confirmed the game comes too soon for a place on the bench.

With Klopp acknowledging that he doesn’t “think we need to make too many changes at the start of December, maybe towards the middle,” it could be that an unchanged XI is in the reckoning.

While the turnaround is less than 67 hours, the expectation is that changes will come against AC Milan and this, therefore, could precede a break of seven days for some senior figures.

Fabinho, Jordan Henderson and Thiago could then be given the chance to strengthen their relationship in midfield.

With Mohamed Salah, Sadio Mane and former Wolves man Diogo Jota then to look to add to their respective goalscoring tallies in a side that looks like this:

In saying that, with the schedule being a Wednesday-Saturday, which Klopp has often spoken about, a change or two could be in order.

This could see Joel Matip rotated out with Ibrahima Konate once more, who will return in a defensive line with Alisson, Van Dijk, Alexander-Arnold and Robertson.

And after coming off the bench in the last two games, it could be Alex Oxlade-Chamberlain‘s time to step back into the XI with Thiago given a break after four successive starts.

The forward line has experienced no hiccups and as such, it is anticipated Salah, Mane and Jota will be retained as the strike force:

The chance to make wholesale changes for the trip to Italy does afford Liverpool some flexibility against Wolves with a relentless festive schedule ahead.

But a near full squad isn’t too far away and it’ll be a major boost to Klopp and co. as they navigate a crucial juncture in the season.