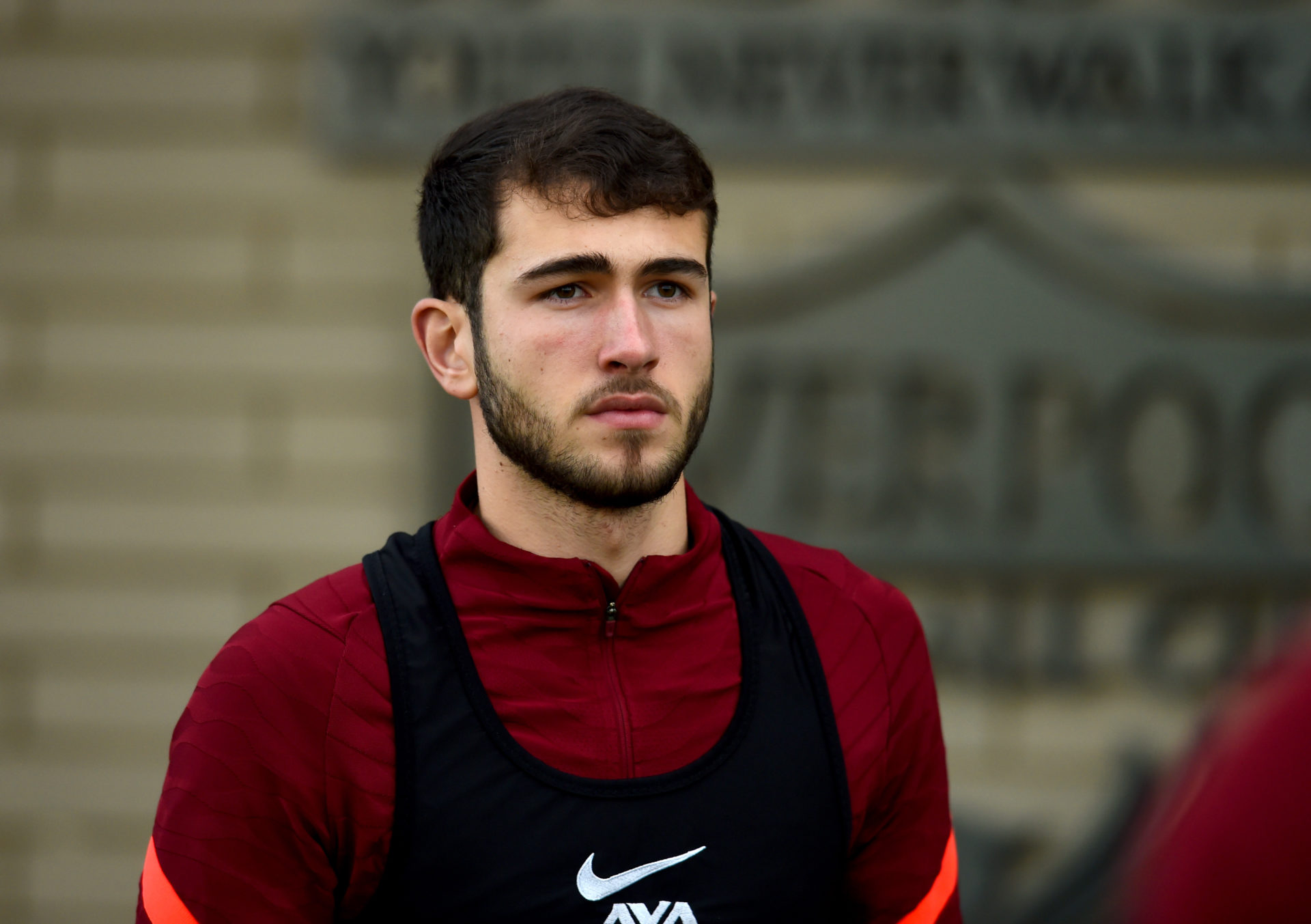 Getting the call up

In pictures of Thursday’s session at the AXA Training Centre, Davies was spotted training alongside Alisson, as he was put through his paces.

The youngster has been in fine form for Liverpool’s development sides this season, and it seems he is now pushing for a first-team place.

His call-up was reward for the work he has been doing behind the scenes and represents the progress he has made.

Davies has actually been at Liverpool since he was nine, so he is one of the club’s longest serving players.

He has seen the likes of Harvey Elliott, Kaide Gordon, Curtis Jones and Tyler Morton all come through the youth-team and develop into senior players this season and will be hoping to do the same.

Liverpool’s club website describe him as a ‘highly rated’ stopper and has actually been named in the Reds’ squad on a couple of occasions, although he hasn’t made his debut yet.

Liverpool’s next game comes against Wolves tomorrow, and while Davies is highly unlikely to be involved in the match day squad, his exposure to the first-team preparations for the game can only stand him in good stead.