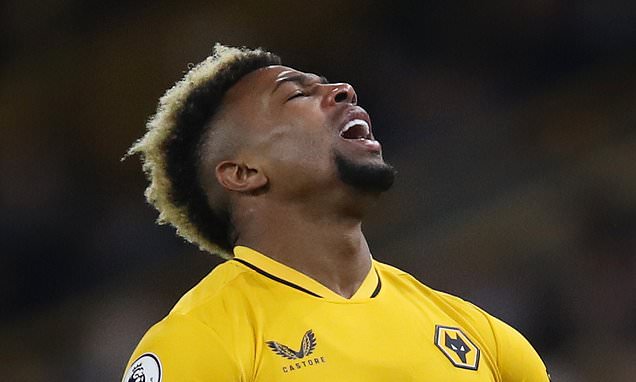 With his side overachieving and entering December in sixth place with eyes on Europe, it seems odd to say it but it is time for Wolves boss Bruno Lage to earn his corn.

So far, he has done a stellar job. The Portuguese has made Wolves better to watch and when it all clicks, they can play teams off the park.

But with matches against Liverpool, Manchester City and Chelsea all to come before Christmas, back-to-back goalless draws against teams in the bottom three is rather unwelcome.

First Norwich held Wolves at the weekend and last night a stubborn Burnley did the same. So welcome to England, Bruno, the division where the festive period can make or break a team’s ambitions for the season.


This could be a costly couple of dropped points in Wolves’ hunt for Europe, especially noting their missed chances against a Burnley side who barely forged an attack.

So it wasn’t a great night for either side but Burnley can at least find heart in the knowledge they are now five matches unbeaten.

There is a pre-match ritual at Molineux which involves a screening of highlights from the last meeting between Wolves and their opponents.

Burnley’s 4-0 rout here last season meant that idea was parked. Wolves have moved on since then. They are chasing Europe with an exciting, attacking style under new boss Bruno Lage.

Last night was largely a throwback to seasons gone by, though, with Wolves’ main threat coming from Adama Traore’s driving runs on the counter-attack with his frightening pace.

Traore is the forgotten man this season, having fallen down the pecking order under Lage. There are not many players in the league more baffling than the Spaniard.

When thinking back over the years, one immediately thinks of the times he tore defences of the Big Six clubs apart, but then is reminded of the void of mediocrity in between.

But after a niggly injury to Daniel Podence and stuttering form of Francisco Trincao, Traore was handed a rare start and had the clearest chance of a game low in goalmouth action. It summed him up in a nutshell.

He made a barnstorming run to engineer space for his venomous strike which rattled the crossbar. But with striker Raul Jimenez free and screaming for a square ball to set-up a certain tap-in, what a brainless decision Traore made to go alone.

It was the best of a string of chances Wolves missed, Hee-chan Hwang and Jimenez also coming close to breaching a stubborn Burnley side.