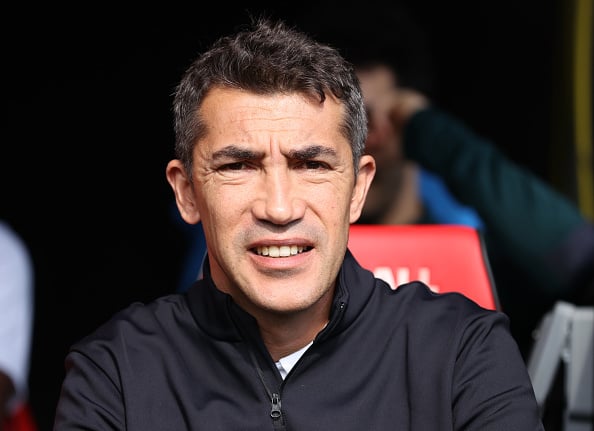 Wolves defender Max Kilman is reportedly being watched by Gareth Southgate for a potential call up to the England squad.

According to the Athletic, the 24-year-old centre-back is ‘on the radar’ for the Three Lions after an excellent start to the season under new manager Bruno Lage. With Kilman playing every minute of Premier League football so far this campaign.

As per the report, Kilman looked set to declare for Ukraine, with the Chelsea-born defender qualifying through his grandparents. However, a FIFA rule has now blocked this proposal as the Wolves star played competitively for England’s futsal side.

This means that the Three Lions, who sit in the top ten of FIFA’s world rankings for international sides, have a free run at calling up Kilman, and it sounds like England manager Southgate is a fan of the defender.

Wolves captain Conor Coady was part of the England squad that made it to the final of Euro 2020. And with Kilman able to play with both feet, the 24-year-old is one of the few left-footed centre-backs Southgate can call upon in the March international break.

Indeed, Kilman has played most of his football on the right side of a three-man defence for Lage. However, the former Maidenhead United star has made the position his own this season, with Wolves keeping four clean sheets in the Premier League.

The demand for left-footed defenders has exploded in the past 12 months. With clubs willing the shell out tens of millions to secure the services of centre-backs who can play out of the back with the naturally more uncommon foot. And this trend could see Kilman called up for the England squad.

Indeed, Kilman has proven this season to be a versatile defender for Wolves under Lage. With the centre-back impressing both defensively and playing the ball out from the back. And the 24-year-old’s ability to use his left foot could win the favour of Southgate.

Whilst England have switched to a back-four in recent months, there’s a chance that the Three Lions could revert to a three-at-the-back formation. And if so, this could be huge for Kilman, who could be called up to play a role in this system.