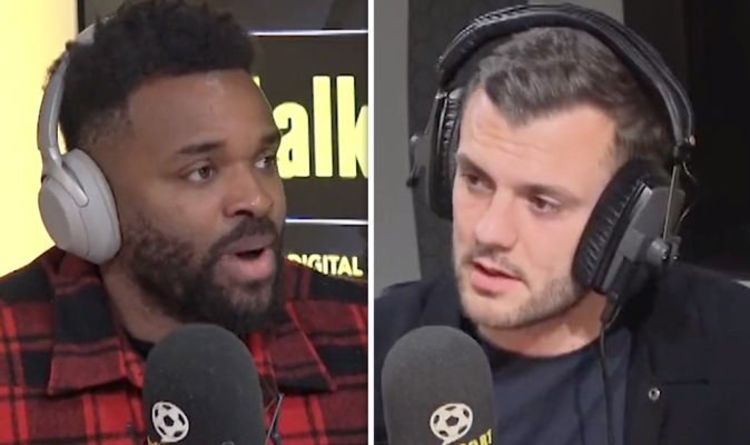 Adama Traore has been backed to join Liverpool in January by two former Premier League stars. Traore has been linked with a move to Anfield in recent days. Liverpool are set to lose their two star forwards Mohamed Salah and Sadio Mane for several games in the New Year due to their participation at the African Cup of Nations.

Traore has had a difficult season so far under new boss Bruno Lage.

He has failed to register a goal or assist in his 11 Premier League appearances.

The Spaniard netted just twice last season but it was the 2019/20 campaign where he really rose to prominence.

His four goals and nine assists that year saw him linked with mega-money moves across Europe.

JUST IN: Four Tottenham stars who may have played last game for the club after Conte blast

However, Traore's contract at Molineux expires in the summer of 2023 and Wolves could look to cash in.

The report says Liverpool were interested in Traore last summer but the £42.2million asking price put them off.

Now Wolves would not be able to ask for as high a price for the former Barcelona ace.

In 2019, the German claimed Traore had found the right manager in Nuno Espirito Santo to get the best from his talents.

"You would never have thought he is that young, but he is still very young, and now he has found it (the right manager).

"It was always clear it would happen one day, and now it has. Good for Wolves!"