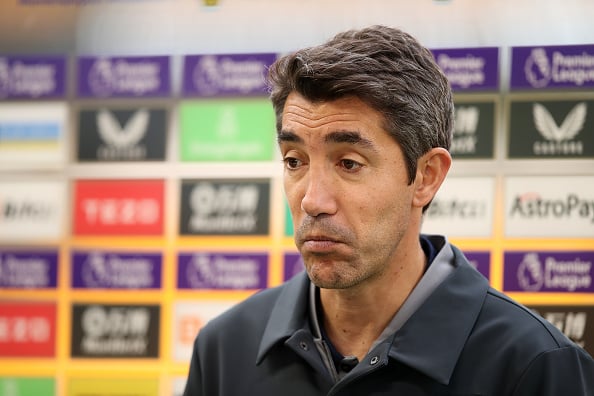 If Ruben Neves and Joao Moutinho are spun from the finest silk, then what kind of material is Leander Dendocker made of? Something harder certainly; rougher and tougher.

Over the last three seasons, the Belgian international has been an integral – if underrated – cog in the Wolverhampton Wanderers machine; the George Harrison to Neves’ Lennon, perhaps.

Dendoncker played in every one of Wolves’ 38 Premier League games in 2019/20. Last term, he featured a further 33 times with Nuno Espirito Santo a firm admirer of a man who’s energy, strength and versatility complemented the precision and poise of his Portuguese, playmaking team-mates.

“He’s very valuable, since the beginning,” Nuno said back in January.

“He’s a top player and gives us many things, talented, the distances and the spaces that he can fulfill in the pitch are very important for us. I’m very happy.”

Unfortunately for Dendoncker, however, the appointment of Bruno Lage as Nuno’s replacement has coincided with a change in style, a change in blueprint.

Wolves have moved away from Nuno’s reactive, pragmatic approach and towards something more forward-thinking – quite literally, in many ways.

Lage wants Wolves to dominate and dictate, not just sit back and wait for the opportunity to spring forward on the counter.

As pointed out by The Athletic, Wolves are posting possession averages of over 50 per cent for the first time since their return to the Premier League while Neves, playing some of the best football of his Molineux career, is now being tasked with breaking the lines and fizzing balls into Hwang Hee Chan and Raul Jimenez, those trademark ‘Hollywood’ diagonals out to the flanks taking a back seat.

Perhaps that is why Dendoncker’s importance, in the Lage era, appears to have been diminished.

He’s started only three Premier League games under the former Benfica boss and, tellingly, Wolves produced their most effective, stylish performances of the campaign (against Everton and West Ham) without the former Anderlecht ace.

Reports suggesting that Wolves are eyeing up a £7 million deal for Charleroi ace Adem Zorgane ahead of the January transfer window, then, raise some rather intriguing questions about Dendoncker’s future (Voetbal Krant).

According to WhoScored, 21-year-old Zorgane averages a much higher number of passes per game than the Belgium international.

But, like Dendoncker, he is also capable of helping out in the defence while bursting forward at the other end, putting his impressive energy reserves and running power to good use.

In other news, 'This could be huge': Some Rangers fans can't believe who Van Bronckhorst is bringing to Ibrox