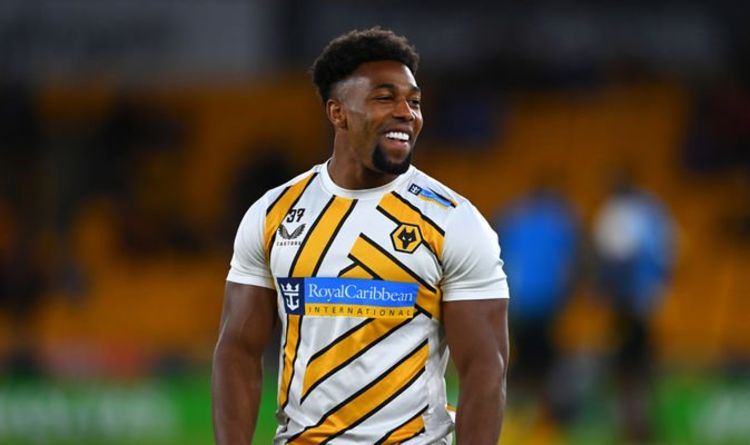 Liverpool could be set to launch an exciting transfer swoop as reports indicate that Wolves are open to selling Adama Traore in January. The flying winger has less than two years left on his current deal, and with seemingly limitless potential, the West Midlands side could be set to cash in while they still can.

The Reds may not have it all their own way if they decide to table an offer for Traore, with Barcelona also reportedly in the running.

The Spaniard came through the ranks in Catalonia, joining as an 8-year-old but only managing one appearance for the first team.

During his time with Wolves, Traore has established himself as one of the most fearsome dribblers in the division, not to mention his blistering pace.

In a bid to sweeten any prospective deal, Express Sport looks at three stars Liverpool could propose regarding a swap arrangement in January:

Adama Traore's Wolves career could soon be over (Image: GETTY)

The former Arsenal man has been through a lot in his career, and he is still supposedly in his prime at 28 years old.

Unfortunately for Oxlade-Chamberlain, he has been unable to prove that on a regular basis under Klopp due to injuries and fierce competition for minutes.

His collection of 35 England caps is a testament to his quality though, and he could be a real difference-maker for Bruno Lage.

The Gunners have also been linked with re-signing their former star, so Wolves may wish to snap at the chance to bring him to Molineux if Liverpool put his services on the table.

Divock Origi was on the scoresheet last time out against West Ham (Image: GETTY)

Drafted in from the shadows to cover Liverpool's defensive injury crisis last season, Phillips has not had a sniff of league action this time around.

At 24-years-old, regular football is likely to be a priority for the Bolton-born centre-back, and he would surely be more likely to get that at Wolves than Anfield.

The West Midlands side could soon be in need of defensive reinforcements with Conor Coady linked to Newcastle United.

Although the fan favourite has been at Molineux for six years, an exciting opportunity to work under Eddie Howe on an exciting project may be too good to resist.