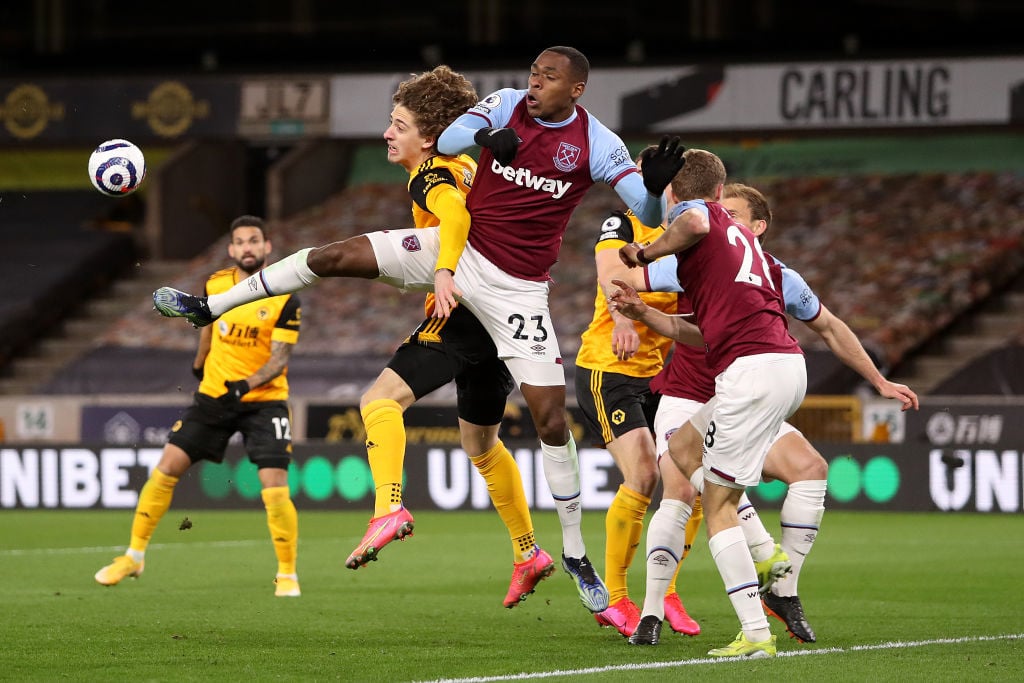 West Ham fans have taken to Twitter to react after finding out that Mike Dean would officiate the Premier League clash with Wolves this Saturday.

Well, it’s safe to say the West Ham fans aren’t optimistic about their chances of success under Dean this weekend.

One supporter wrote to say their heart ‘sinks’ when they hear the 53-year-old’s name, whereas another simply said the news had ruined their day.

So, why do West Ham fans dislike Dean?

Well, there was that incident at Craven Cottage last season, in which Tomas Soucek was shown a straight red card for an innocent coming together with Aleksandar Mitrovic.

Even after VAR quite clearly showed that Soucek was only wiping sweat from his forehead and didn’t intend to elbow Mitrovic, Dean went ahead with the red card anyway.

There have been a number of other incidents too, such as Sofiane Feghouli’s red card against Manchester United, which was later rescinded.

The Hammers have just beaten Liverpool of all teams, ending their 25-game unbeaten run at the London Stadium, so confidence should be high.

In truth, despite his past errors, West Ham don’t actually have that bad a record under Dean.

In 61 games with Dean in charge, the Irons have won 23, drawn 19 and lost 19 – the east Londoners have also been given eight penalties.

With that in mind, David Moyes should be confident heading into this clash at Molineux.

For now, let’s see what the West Ham fans on Twitter have been saying about Dean…

My heart sinks every time I hear his name. At least he can’t show off in front of the cameras.

Had to happen sooner or later

We have already lost then 😕.

In other news, ‘I am never’: Ian Wright makes his opinion on Spurs player clear