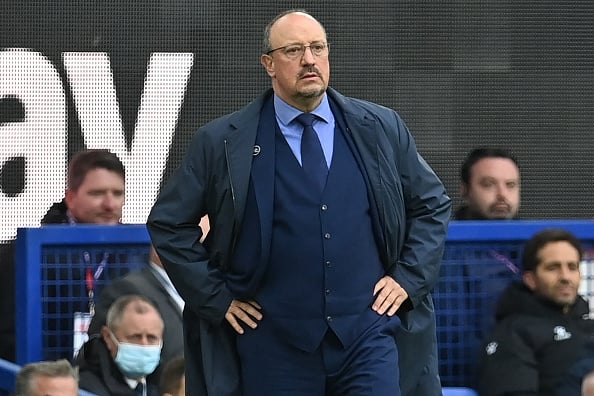 Everton manager Rafa Benitez is considering handing Tyler Onyango a first-team role for Monday’s Premier League clash away at Wolverhampton Wanderers, as reported by The Athletic.

Promoting an 18-year-old from the academy is not going to solve all the problems that were laid bare during Saturday’s humiliating 5-2 defeat at home to a newly-promoted Watford side who were ripped to shreds by the other club from Merseyside a week earlier.

He won’t dominate from set-pieces, like Michael Keane and Ben Godfrey should have. He won’t offer a presence in attack, like the glacial Solomon Rondon failed to do.

But the feeling is that Onyango, an England U17 international highly-regarded behind the scenes at Finch Farm, could at least fill the void created by Abdoulaye Doucoure’s recent injury problems.

Arguably the stand-out performer of Benitez’s reign so far, Doucoure was badly missed against his old employers this weekend with Tom Davies, despite opening the scoring inside two minutes, unable to exert the same sort of barnstorming influence at both ends of the pitch.

Onyango has had his own fitness issues to contend with this term.

But after recovering from a niggling ankle problem, the Luton-born teenager has wasted little time reminding everyone why he is perhaps the most promising talent in this current crop of Everton U23s, earning praise from the always-positive David Unsworth following a recent comeback victory over Leeds United (Everton website).

Is Tyler Onyango about to make his PL debut?

According to The Athletic, Benitez has been similarly impressed by Onyango’s performances in first-team training, with a place in the squad at Molineux the likely reward.

Onyango has been included in a Premier League squad before – making the bench a number of times during Carlo Ancelotti’s one and only full season at Goodison Park – but his one and only senior appearance came during a 3-0 victory over Rotherham United in the FA Cup.

“(Onyango has) energy, great energy. We’ve been working with Tyler on actually arriving in the box and getting those goals,” Unsworth said recently, while encouraging Onyango to add a ruthless streak to his game.

“That will then take him onto the next level and put him on the first team radar.”