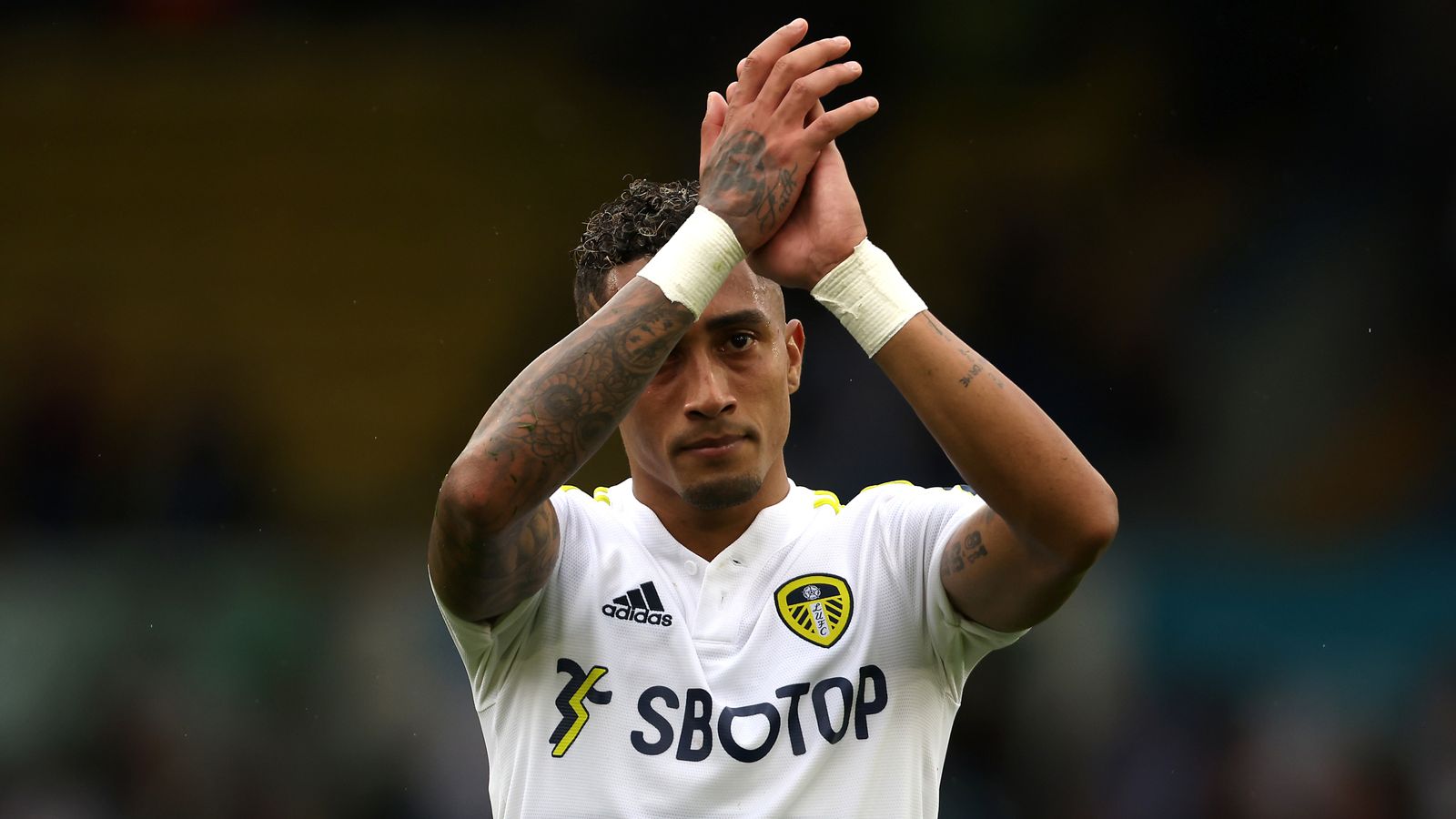 Leeds winger Raphinha has revealed the injury he sustained in Saturday's Premier League draw against Wolves is "nothing serious".

The Brazil international hobbled out of the 1-1 draw at Elland Road following a sliding challenge from Wolves defender Romain Saiss early in the second half.

Leeds had started the game without a host of first-team regulars, including Kalvin Phillips and Patrick Bamford, and fans feared the worst when Raphinha returned to the bench on crutches.

FREE TO WATCH: Highlights from Leeds' draw with Wolves in the Premier League

Manager Marcelo Bielsa was waiting to learn the full extent of the injury in his post-match press conference, but Raphinha said later in an Instagram post: "Hello guys, just coming to say I'm fine.

"It was nothing serious, so I'm back soon. Thank you for the messages and concern."

Saiss received a yellow card for his 54th-minute tackle, while Leeds fought back to rescue a point and deny Wolves a fourth straight top-flight win thanks to Rodrigo's stoppage-time penalty.

Wolves appeared set to hold on to their slender lead after Hwang Hee-chan had notched his fourth goal in six Premier League appearances in the 10th minute.

But Leeds substitute Joe Gelhardt went down under Nelson Semedo's challenge and Rodrigo converted his first goal of the season from the spot in the fourth minute of added time.

Teenager Gelhardt, signed from Wigan in August 2020 for an undisclosed fee, helped spark Leeds' comeback in just his second Premier League appearance after stepping off the bench in the 62nd minute.

He forced a brilliant save from Wolves goalkeeper Jose Sa in the closing stages before his burst into the area drew Semedo's foul.

Gelhardt told LUTV: "It was very good, to come on and make my home debut in front of the fans in the Premier League, the noise was crazy.

"I went a bit numb, to be honest. When I heard the noise, all your tiredness goes away, you don't feel tired you just feel ready.

"They are like a 12th man out there, you can really tell. It was a good point on the board, the way we had them in the last 20 minutes, we could have had three on another day."