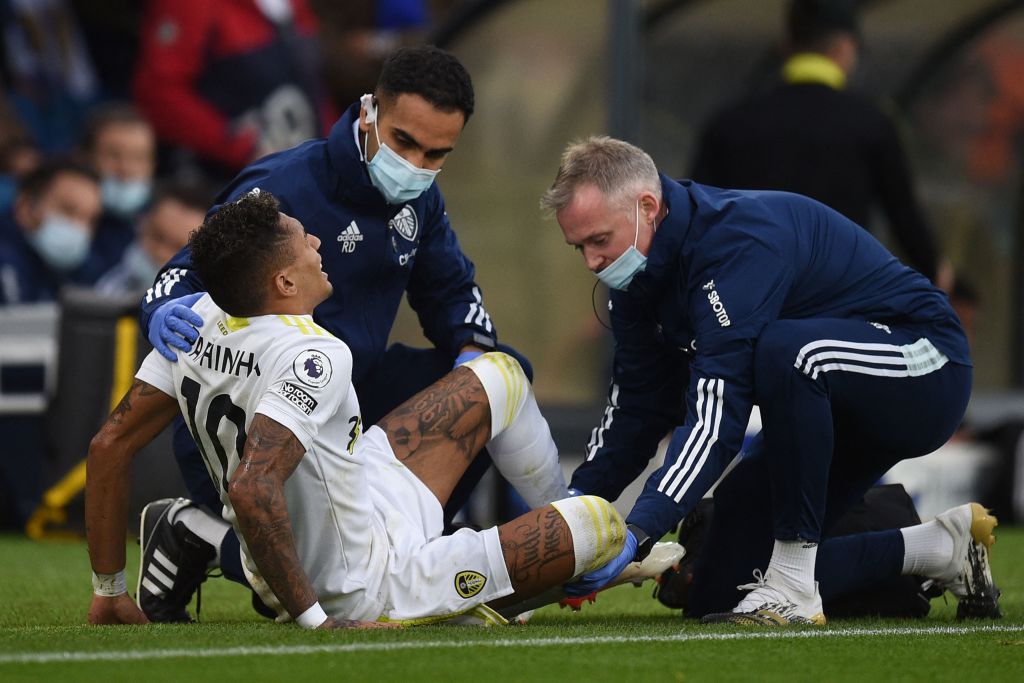 Raphinha has taken to Instagram to react after suffering an injury at Elland Road earlier today, as Leeds drew 1-1 against Wolves in the Premier League.

Well, Raphinha seems furious with David Coote after he failed to send Romain Saiss off for a terrible challenge.

The Wolves man lunged in on the Brazil international, planting his studs firmly on his ankle which forced the Leeds No.10 off the field.

After full-time, Raphinha hit out at Coote, and also the overall standard of refereeing in the Premier League.

The 24-year-old wrote ‘os melhores arbitros estao na premier’ which, when translated into English, means ‘the best referees are in the Premier League’ – clearly, Raphinha has opted for sarcasm to convey his anger.

Now, some Leeds fans are fearing the worst, after watching their star man hobble down the tunnel, needing assistance from a physio to do so.

Nightmare for Leeds and Raphinha against Wolves

Marcelo Bielsa won’t have wanted to lose any of his players to injury, but if he could specifically choose one to avoid picking one up, it would probably be Raphinha.

The £17m man has only just returned from international duty with Brazil, which caused him to miss the 1-0 defeat to Southampton.

Now, Leeds could be without their entertaining South American for a significant amount of time.

It remains to be seen how bad Raphinha’s injury is, but if it’s a severe one, we fear for Leeds and their hopes of Premier League survival.

Now, it’s time for Crysencio Summerville, Jack Harrison and Dan James to step up – in truth, every Leeds player needs to go up a gear.