Leeds 1-1 Wolves: Player Ratings
Through It All Together 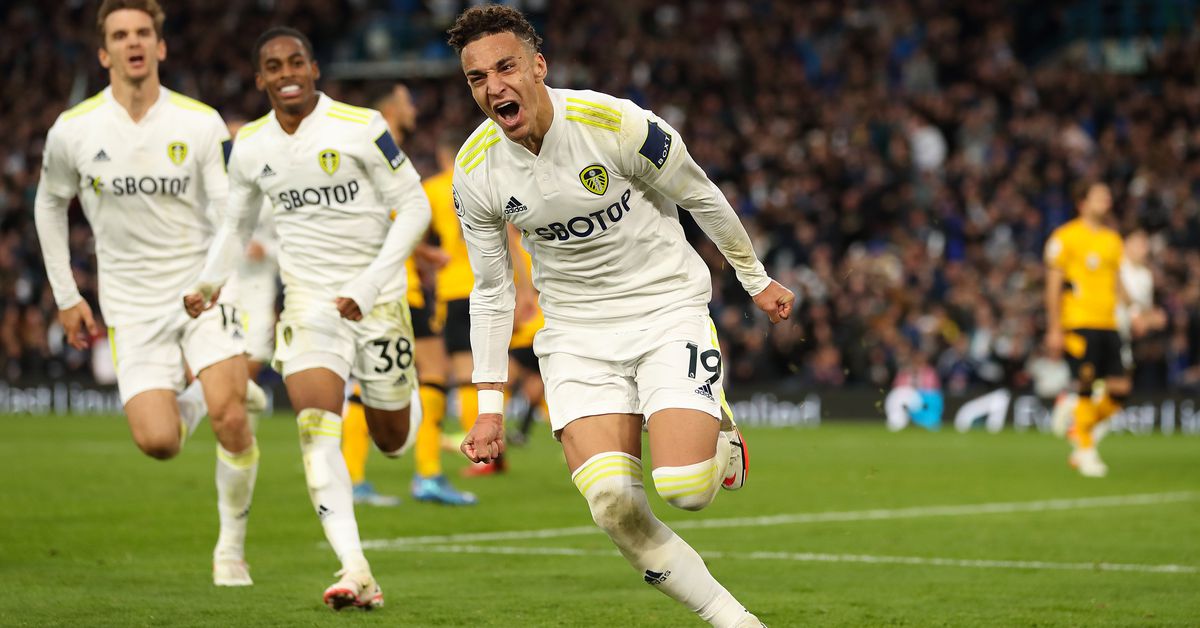 The 30-year-old fired home with confidence after Joe Gelhardt did well to turn his man, charge into the area and win the spot kick.

His appearance came as a result from Raphinha’s ankle injury, which occurred early in the second half following a challenge from Romain Saiss.

It was a big result for Leeds, but in the aftermath it may feel like two points dropped as opposed to one gained, since the hosts dominated for much of the match and hounded the Wolves area for most of the second half.

The draw saw Marcelo Bielsa’s side open up a three-point lead over 18th-placed Burnley. Here are the player ratings:

Didn’t have much to do throughout the 90 minutes. Not a lot he could’ve done to deny Hwang his first half goal. Had to be a bit more lively at times in the second half by coming off his line to snuff out Wolves breaks and held well when it was required from him. Good with his feet and offered himself regularly to retain possession.

Linked up well with Leeds’ attackers when advancing higher up the pitch. Still not looking quite at his best but contributed going forward and defended well when needed.

Generally defended well and put in one or two strong challenges to ensure the score remained low. Could have done better to close down Nelson Semedo prior to Wolves’ goal.

Composed performance let down by his inability to deal with Raul Jimenez in the area, allowing him to set up Hwang Hee-Chan for the opener. Sprayed the ball around nicely and became a solid base for possession when Leeds dominated proceedings late in the game.

Hwang caused Shackleton one or two issues in the first half. Provided a good presence down the right for Leeds and had some good runs on the ball, beating his man a couple of times. Caught out when his man Hwang poked home in the first half.

Positioned himself poorly when the ball bounced over his head on Wolves’ right flank, allowing Semedo to break ahead of him and eventually spark the opening goal.

Struggled to impose himself at the other end of the pitch; he was presented with a good opportunity when Raphinha’s switch of play gave him a path through on goal, but opted to shoot rather than find a teammate in the box and the finish was poor. Taken off at half-time.

Not a bad display in central-midfield. Kept things simple with his passing and helped Leeds win the ball high up the pitch. Provided the best aerial threat as Wolves dominated set pieces for the most part.

Was decent in the build-up for Leeds but lacked the killer final pass on a couple of occasions. Found the space to shoot in the area in the first half but it was straight into the keeper’s arms.

Had it all to do and didn’t disappoint. Was absolutely everywhere for Leeds in the first half and was by far the hosts’ biggest threat. Incredibly frustrating and worrying to see him go off injured early in the second half.

Couldn’t quite step up to the levels required but took on some of the creative load when Raphinha went off injured. Some deft one-touch passes aided Leeds’ flow in the build-up, and should have had an assist when he laid off Joe Gelhardt later in the match. Put plenty of balls into the mixer but none came off.

Put away his penalty in added time with a great deal of confidence, despite the huge amount of pressure on his shoulders. Such an important goal for Leeds.

His experiment at centre-forward could’ve gone worse, but James couldn’t engineer any clear opportunities for himself. Used his blistering pace to cause one or two issues at the back but eventually moved back out wide, where he in a couple of dangerous crosses.

Not the desired impact from Roberts. Fell asleep in the build-up once or twice and wasn’t convincing with his efforts on goal. Not always on the same wavelength as his teammates.

Had some big shoes to fill when he replaced the injured Raphinha but was one of the more lively players as Leeds hounded Wolves’ penalty area in the latter stages of the match. A promising and progressive display from the teenager.

Took a while to get into the game but had a huge chance with 10 minutes of normal time to go; Rodrigo laid him off, putting him one-on-one against the goalkeeper, but his powerful shot was tipped over the bar. Moments later, the teenager weaved and bulldozed his way through