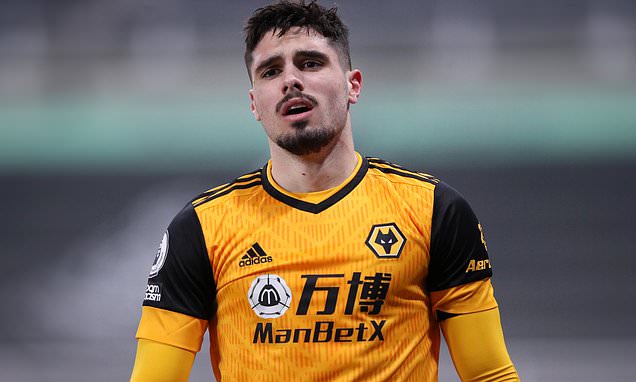 Wolves star Pedro Neto will hold talks with the club doctor in Portugal next week with the winger no closer to returning from the knee injury that has kept him out since February.

Neto damaged his knee cap in Wolves’ win at Fulham in April and was expected to be sidelined for at least six months.

The 21-year-old has been doing his rehabilitation work in his native Portugal and with a comeback not yet on the horizon, he will meet Wolves medical chief Dr Rob Chakraverty – who used to work with England – to plot the way forward.

The Portuguese was one of Wolves' shining lights last season, scoring five goals in 31 games

The fact he is no closer to playing again, six months after the injury, is undoubtedly a cause for concern.


Neto had been Wolves’ shining light in a difficult season before his injury and had broken into the full Portugal side.

He was developing into one of the best young attackers in Europe and had he stayed fit, it seemed clear Neto would have been part of their squad for Euro 2020.

Though Wolves are well stocked in wide attacking areas, with Adama Traore, Hwang Hee-chan, Daniel Podence and Francisco Trincao competing for spots, a fit Neto would start ahead of all of them.

Both player and club will be keen to see signs of progress when Chakraverty reports back to boss Bruno Lage.