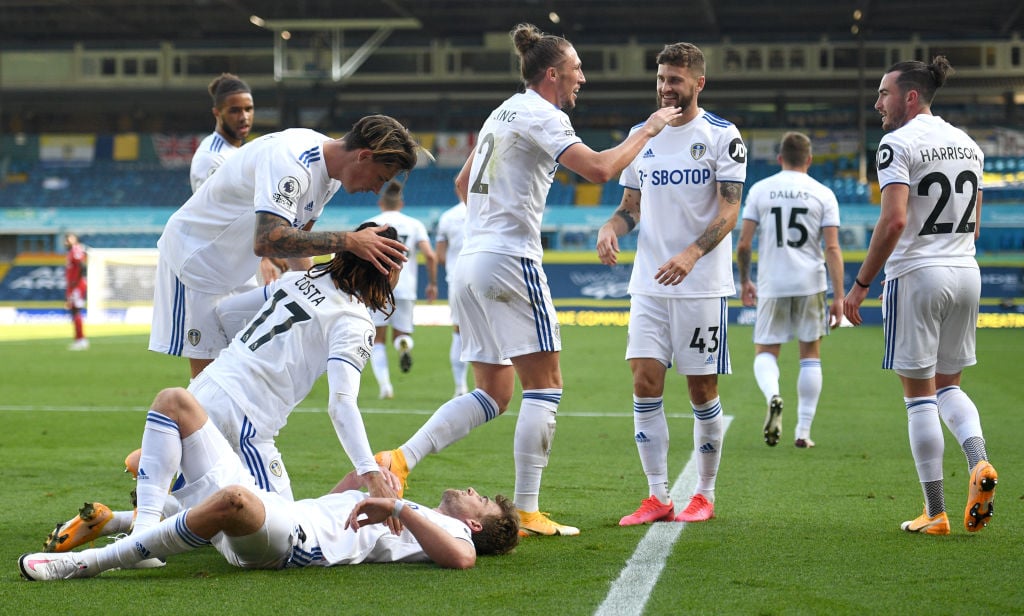 Lage has said that he met Leeds boss Bielsa at the start of the season when they had a managers’ meeting.

On that occasion, Bielsa spoke highly of Costa, according to Lage.

The 45-year-old knows Costa from their time at Benfica.

Lage said: “I met him at the beginning of the season when we had a manager meeting, I spoke with him for five minutes and we spoke about my player at Benfica, Helder Costa, and the way he talked about him, it looks like he’s a real gentleman.”

Does Helder Costa have a Leeds future?

Lage’s comments suggest that Bielsa was really gushing over Costa.

However, in our view, the 27-year-old does not have a long-term future.

Costs was actually at Wolves and joined Leeds on a permanent contract in the summer of 2020 after a loan spell at Elland Road.

As reported by BBC Sport, Leeds paid £16 million to Wolves for the 27-year-old.

The winger could not make a massive impact for Leeds in the Premier League last season.

Costa made only 13 starts and nine substitute appearances in the Premier League for Leeds last season.

The winger scored three goals and gave three assists in those matches.

Leeds sent the former Wolves winger to Valencia on a loan deal in the summer of 2021.

In our opinion, Leeds will look to sell Costa in the summer of 2022.