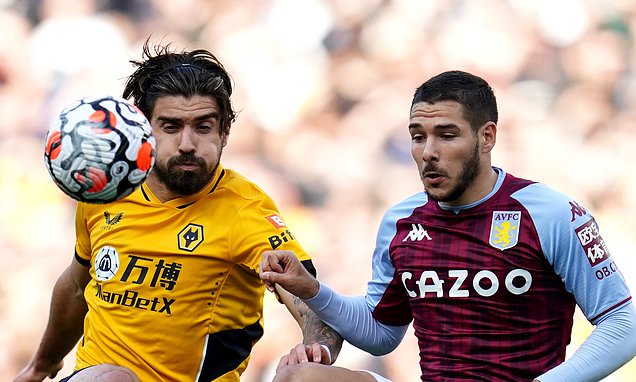 Wolves are lining up a lucrative pre-season tour of the United States after the club’s owners Fosun sold a minority stake to private equity firm PEAK6.

PEAK6, a finance and technology group based in Chicago, once controlled a 25 per cent share in Bournemouth but this holding is thought to be considerably less than that, and relates to Wolves’ parent company Fosun Sports rather than the football club alone.

Yet the partnership is unlikely to lead to significant spending in the January transfer window, with Fosun still targeting extra investment. Wolves reported a pre-tax loss of about £37million in the year ending May 2020 as the club’s balance sheet was punctured by Covid-19.

Fosun believe the deal will leave Wolves, who have won their last three matches under new boss Bruno Lage, better placed to exploit the US market. Plans for a trip across the Atlantic this summer are at an early stage, with Wolves expected to feature in friendlies or tournaments in the States.


Chairman Jeff Shi said: ‘We have been in deep conversation with PEAK6 for more than a year. This partnership provides Wolves a firm foothold in all major areas of the globe: the USA and Americas, Europe and Asia.’

Under Fosun’s ownership, Wolves have established themselves in the top flight and reached the quarter-finals of the Europa League in 2020.

Fosun’s close relationship with Jorge Mendes’ Gestifute agency brought an aggressive transfer policy from 2017-20, but that has since been reined in due to the effects of the pandemic and Fosun’s more conservative approach.