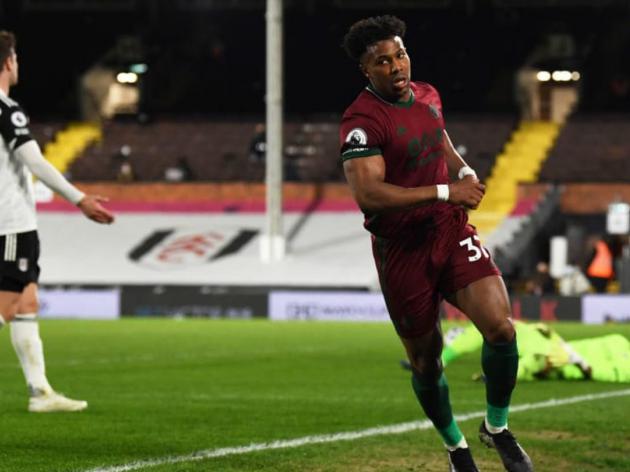 Adama Traore scored a dramatic injury-time winner to fire Nuno Espirito Santo's side to a 1-0 win over Fulham, denting their hopes of staving off Premier League relegation.

The bustling Spaniard had gone 16 months without a Premier League goal, but settled the game in west London in dramatic circumstances as he angled a powerful drive past Alphonse Areola in the Fulham goal.

Wolves may feel it was no less than they deserved after a ridiculously tight VAR call had earlier ruled out a first goal for the club for Willian Jose.

Was VAR right to rule this goal out for offside? ? #FULWOL pic.twitter.com/SyTffarsFr

Winger Daniel Podence was adjudged to have been offside before he crossed the ball into the box for Jose to nod home, though it's hard to definitively say that anything other than armpit hair was beyond the last Fulham defender.

The game as a whole was relatively poor, with both sides lacking any real quality or penetration in the final third. To make matters worse for the visitors, flamboyant winger Pedro Neto went off injured in the first half - his club undoubtedly hoping that he's not suffering from a serious problem.

But the headlines will go to Traore, who after going an astonishing 49 Premier League games without a goal, worked his way into space before firing home an angled drive. Victory lifts Wolves above Crystal Palace in the Premier League table, though their position of 12th is still of considerable disappointment to many given pre-season expectations.

As for Fulham, Scott Parker's side must now dust themselves down and refocus, knowing that time is running out in their battle to avoid relegation. The Cottagers now trail Newcastle by three points, having played two games more than Steve Bruce's off colour Magpies.

They will also be wary of West Bromwich Albion, who have renewed hope of beating the drop after dismantling 10-man Chelsea 5-2 at Stamford Bridge last time out. The Baggies host Southampton on Monday night, while Newcastle travel to Turf Moor to take on Sean Dyche's tenacious Burnley.