‘Back’: Rio Ferdinand says one Wolves man is ‘looking like a top-drawer player again’
HITC 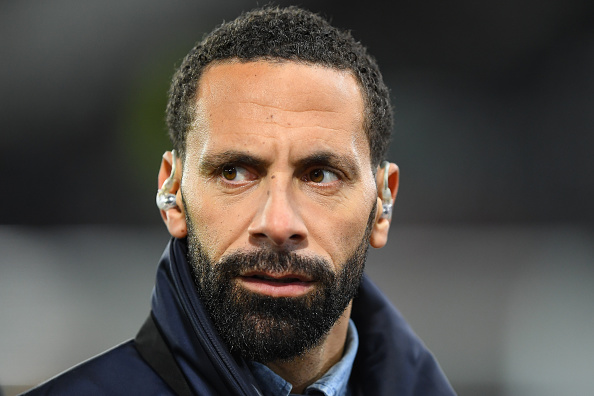 Speaking on Vibe With Five, Rio Ferdinand has been speaking about Wolves and Raul Jimenez.

Jimenez has played a massive part in Wolves’ first two wins of the season. He assisted both of their goals against Newcastle at the weekend, while he scored the only goal of the game against Southampton as the Midlands club begin to distance themselves from the relegation zone.

The Mexican had been out of action for a little while after fracturing his skull against Arsenal last season, but Ferdinand now believes that the striker is finally looking back to his best.

Ferdinand was speaking about the Mexican striker.

“Wolves by the way, Jimenez is back, he’s looking like a top-drawer player again by the way. That’s a good shoutout as well for someone like him because he’s been through a lot with his head injury. He’s come back now and he looks like the Raul Jimenez we saw before that head injury, so shoutout Raul Jimenez,” Ferdinand said.

If Jimenez is indeed back to his best then Wolves could once again be a real force in the Premier League once again.

It may feel like a long time ago, but let’s not forget that Wolves were one of the best teams in England at their best, finishing seventh two seasons in a row, and they could reach those heights again if Jimenez is firing on all cylinders.

Yes, the likes of Diogo Jota have departed, but Hwang Hee-Chan looks like he could be another brilliant partner for Jimenez.

The Premier League should be on alert because it looks as though Wolves’ number nine is back in form.

In other news, ‘Be patient’: Van Dijk points to Liverpool teammate while responding to Celtic fan question