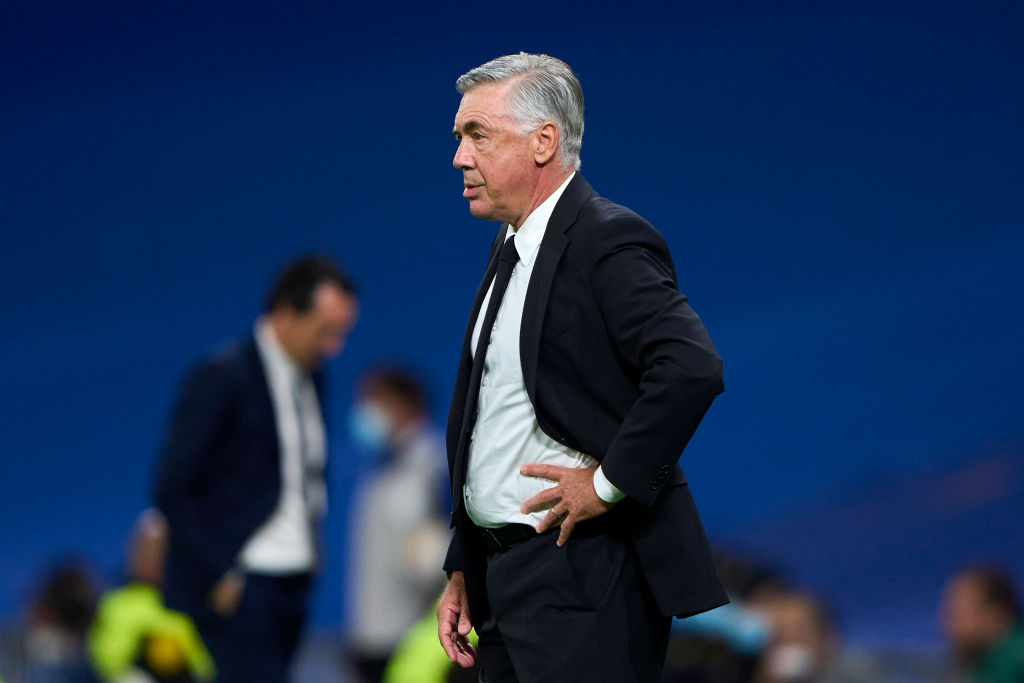 As newly-promoted Espanyol were basking in the glory of a shock 2-1 win over Real Madrid, the last thing Carlo Ancelotti needed was to be reminded of the fact that both Adri Embarba and Raul De Tomas started their careers in Los Blancos’ fabled La Fabrica academy.

With 17 minutes on the clock at the RCDE Stadium, Embarba and De Tomas combined to produce a goal made in Madrid, against Madrid.

Bursting down the right-hand side, Embarba drilled an oh-so inviting cross into the near post. And De Tomas, slicked back hair of a Mafia don and the movement of a born goal-poacher, nipped in at the near post to slam the simplest of finishes past a despairing Thibaut Courtois, leaving Lucas Vazquez in his wake.

There were certainly worse ways for Espanyol to record only their second La Liga win since promotion.

“We play without fearing anyone. A few months ago, we would have been dreaming to play a game like this weekend,” Embarba would say before the game, via Mundo Deportivo, before issuing a predication that would age even better than the finest bottle of Rioja.

“I am sure that we will do our best and that we can win. That’s what we want.”

Is Adri Embarba showing Premier League clubs what they missed out on?

The late-blooming 29-year-old was linked with a whole host of Premier League clubs during the summer transfer window, AS reporting that West Ham United, Watford, Norwich City and Wolverhampton Wanderers had all shown an interest.

How a couple of those, particularly bottom-of-the-table Norwich and a Watford side handing the reins to a man who will turn 70 later this month, could do with Embarba now.

But as Espanyol out-played, out-foxed and more importantly out-scored the mighty Real Madrid, head coach Vicente Moreno would have been breathing a sigh of relief, grateful as he is to retain the services of a forward capable of finding points where few would even dare to look.

Embarba is so good man, a hell of a classy midfielder. Rayo taught him so well🥺

Embarba really enjoying himself this half. Darder and R.D.T. too. Madrid struggling a bit. Espanyol 1-0 Real Madrid, five mins til halftime.

Both embarba and rdt played for Real Madrid…

In other news, Report: How Raheem Sterling reacted on pitch after conversation with Liverpool's Jurgen Klopp yesterday