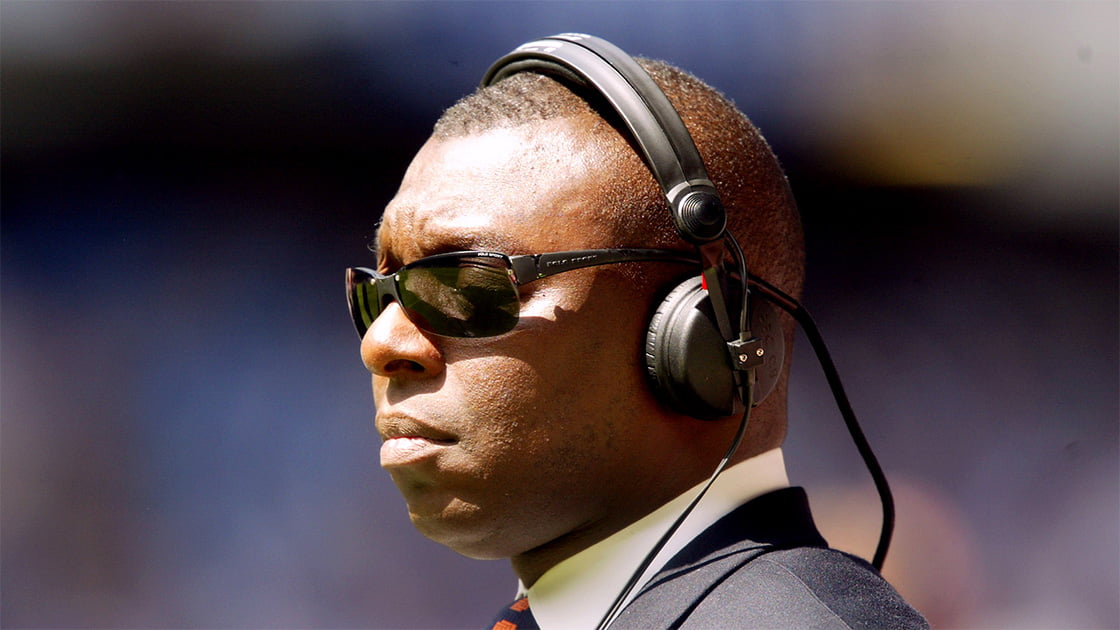 Garth Crooks has picked his best 11 performers from the weekend’s action.

The Premier League team of the weekend that has most impressed him.

Included in his top 11 is one player from the match at Molineux.

No complaints with the identity of the Garth Crooks choice.

Apart from maybe the fact that it could / should have been two players selected from Saturday’s NUFC game.

After all, I wasn’t exactly expecting any Newcastle United players to make it into a best Premier League eleven of the weekend, after this depressing performance.

Although Allan Saint-Maximin did ok in the circumstances, considering that fact that as always, Steve Bruce’s entire cunning attacking plan was, give the ball to ASM and hope something happens.

Garth Crooks picks one Wolves player in his top Premier League eleven and Hwang Hee-Chan is deserving of his place, two very well taken goals that took the three points for the home side.

For me though there should have been a second player in that Garth Crooks best eleven of the weekend, as Raul Jimenez was excellent, easily the best player on the pitch in my opinion.

Garth Crooks does mention and praise Jimenez for his performance, saying the Mexican striker could be set to form a formidable combination.

As for Newcastle United?

Well, Garth Crooks as always, shows how little research he really does when choosing his team of the week, clearly relying on very brief highlights, particularly of goals clearly, as well as listening to what other people say…

In summing up why NUFC lost yet again and why struggling so badly overall, Garth Crooks declaring: ‘…Newcastle, who couldn’t have finished a fish supper. Granted Jeff Hendrick came on and scored a stunner for the Magpies, but if you can’t take the simple chances you’re going to struggle to win matches.’

This nonsense from Crooks is clearly him just following the Steve Bruce comments / claims after the defeat at Wolves. The Newcastle United Head Coach going on and on bemoaning the ‘fact’ that by far NUFC’s biggest problem is finishing easy chances.

The reality of course is somewhat different, no Premier League club has conceded more goals than the 16 Newcastle have in only seven matches. The team is in disarray and so open due to Steve Bruce’s clueless management, Bruce not having a clue as to how to stop this ever worsening defensive chaos as a team.

Up front on Saturday, Steve Bruce once again refused to play without a striker, massively handicapping the team up front, Gayle only getting 13 minutes as the final sub to be made, only 20 PL minutes in total this season despite Wilson’s injury problems.

As for chances, Steve Bruce has been endlessly going on about the one (ONE!) clear chance Newcastle United created, a ball from the left ended up after a scramble at ASM’s feet six yards out and with defenders either side of him the French winger instantly lashed the ball towards the net, only for the Wolves keeper to make an outstanding save.

Yes he should have scored it BUT which other team has a manager (or head coach) who slaughters his only attacking threat and best player, for missing the team’s one chance they create in a match???

Garth Crooks and his ‘Fish Supper’ jibe, if only Newcastle’s problems were limited to not being able to finish any of these countless chances that Crooks reckons NUFC get…

Every game this season Newcastle have been second best and deserved nothing on balance of play, with the exception of last week against a woeful Watford where United did create a lot of good chances for once but couldn’t finish, with the exception of Longstaff’s long range effort which Ben Foster palmed into the top corner when he should have saved it.

Despite a generous run of fixtures to start the season, Mike Ashley has seen his Head Coach fail to beat any of Southampton, Watford, Burnley, Wolves, West Ham, Aston Villa and Leeds.

Reality is, looking at the fixtures ahead, it is difficult to see Newcastle United having many ‘Fish Supper’ opportunities, as every opponent will be the favourites to win against NUFC, at least until the end of November – Spurs home, Palace away, Chelsea home, Brighton away, Brentford home and Arsenal away.

The only brief window of hope / opportunity, at least if Steve Bruce stays, is in the first four days of December, Newcastle will be probably favourites to beat Norwich (1 Dec) and Burnley (4 Dec) at home.

Although that looks only the briefest of respites as a quite horrendous set of fixtures present themselves for the rest of December – Leicester away, Liverpool away, Man City home, Man Utd home and Everton away.

What a Christmas feast, though not a fish supper in sight, more of a fish out of water where Steve Bruce is concerned.

Garth Crooks explains why he picked the Wolves player in his Premier League team of the week and then the full eleven are listed below:

“It looks like Wolves have found a finisher to go with Raul Jimenez.

“Both men were in devastating form against Newcastle, who couldn’t have finished a fish supper.

“Granted Jeff Hendrick came on and scored a stunner for the Magpies, but if you can’t take the simple chances you’re going to struggle to win matches.

“Meanwhile, Hwang finished superbly on two occasions and both were supplied courtesy of the bang-in-form Jimenez.

“Wolves look so much better with a fit Jimenez back in the side but Hwang’s ability to finish could become a major asset.

“Did you know? Hwang Hee-chan was the first Wolves player to net a brace in a Premier League game since Diogo Jota in February 2020 against Norwich.”