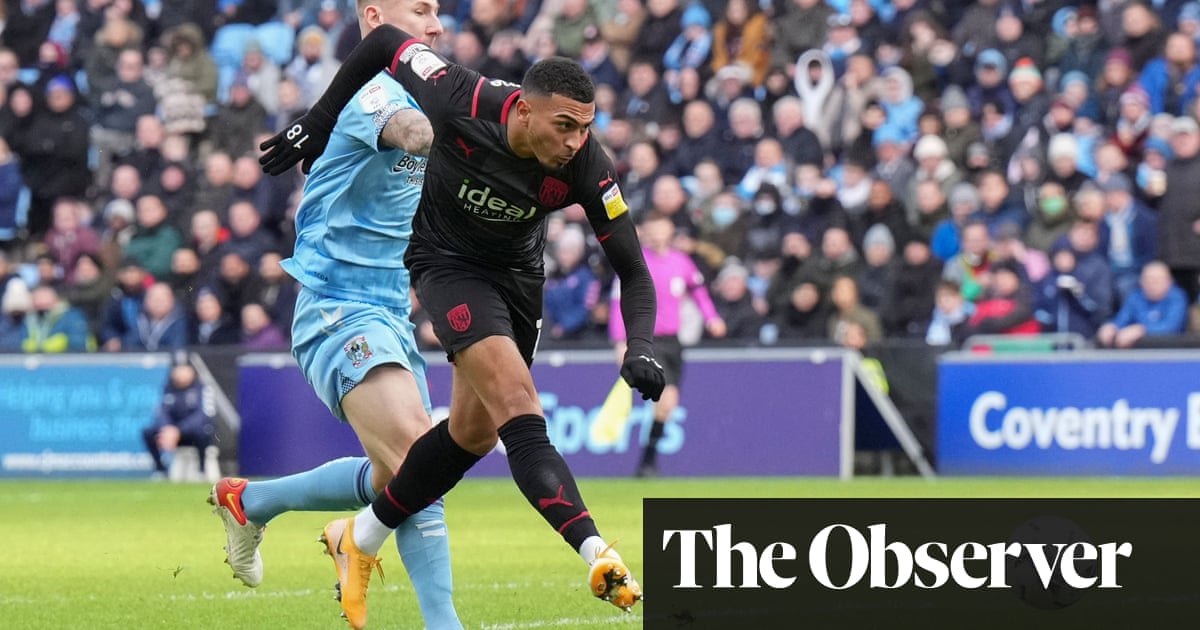 Valerien Ismael believes West Brom are “back on track” after ending their four-match winless run with a 2-1 victory over Coventry at the Coventry Building Society Arena.

Kyle McFadzean’s controversial own goal shortly before the interval proved decisive after Karlan Grant had put West Brom ahead in the 20th minute. McFadzean then scored again at the right end, this time with a header from Todd Kane’s corner, but it came too late to rescue Coventry.

“I think it was really important after the two draws against Blackpool and Nottingham Forest that we keep the momentum going with the performance, and to add the last step by winning it. We’re back on track,” said Ismael.

On the controversial incident that saw McFadzean turn through his own net following what appeared to be an obvious handball by Cedric Kipre, Ismael said: “I didn’t see the handball but throughout the season there will be a balance. On the one side you will have a lot of decisions against you and on the other side sometimes for you.”

Mark Robins bemoaned his Coventry’ side’s tired performance. “Quality was missing and we didn’t have any structure,” he said. “Tactically it was wrong and when you give players with pace and quality that space, they’re going to punish you.

On the handball, Robins said: “It was a poor one to concede. The referee’s got no chance of seeing it but nobody appeals, so that was disappointing. But it would have been an unwarranted draw at the end of it: we got everything we deserved today.”

Ben Brereton Díaz scored his 17th goal of the season as Blackburn closed the gap on the top two – Fulham and Bournemouth, who drew on Friday night – with a 1-0 win over local rivals Preston.

Played in poor conditions, with surface water making free-flowing football impossible, Rovers dug deep to edge the derby and their Chilean striker made the difference with a towering header to secure maximum points. The win put them in fourth place, seven points off second-place Bournemouth, who they visit next week.

Chris Wilder claimed his first home win as Middlesbrough manager as his side ground-out a 1-0 victory over Swansea. Isaiah Jones’ first-half strike decided the outcome at the Riverside, with Boro building on last weekend’s win at Huddersfield to claim back-to-back successes for the first time since October.

Wilder’s old club Sheffield United fought back from a goal down to beat 10-man Cardiff 3-2 thanks to a second-half masterclass from Morgan Gibbs-White. The midfielder, on loan from Wolves, scored a stunning equaliser before laying on goals for Billy Sharp and David McGoldrick after Cardiff’s captain Sean Morrison had been sent off on 52 minutes.

Poya Asbaghi is still waiting for his first win as Barnsley head coach after his side were held to a 1-1 draw with Yorkshire rivals Huddersfield at Oakwell. Lewis O’Brien put Town ahead before Carlton Morris levelled at the end of the first half.

Millwall ended a four-game winless run with a 3-1 home victory over Birmingham. The Lions were two goals up by half-time through goals from Murray Wallace and Tom Bradshaw and, although Troy Deeney’s second-half strike gave the Blues hope, George Evans sealed the points with Millwall’s third 17 minutes from time.

Peterborough’s miserable away form continued as second half goals from James Garner and Ryan Yates condemned Darren Ferguson’s men to a 2-0 defeat at Nottingham Forest.

Teenage winger Alex Scott scored the only goal as Bristol City heaped more misery on Derby with a 1-0 victory at Ashton Gate, while Reading denied Hull City a fifth successive league win when they held them to a 1-1 draw at the SCL Stadium. Centre-back Tom Holmes put the home side in front on the stroke of half-time with a spectacular overhead kick, before Mallik Wilks equalised 10 minutes into the second half.

Blackpool failed to score for the third game in a row as Luton ran out 3-0 winners at Bloomfield Road. Sonny Bradley opened the scoring with a header on the stroke of half-time, Elijah Adebayo doubled the lead shortly after the interval and Jordan Clark added a third in stoppage time.