Harvey Barnes' Leicester City story from those who shaped him 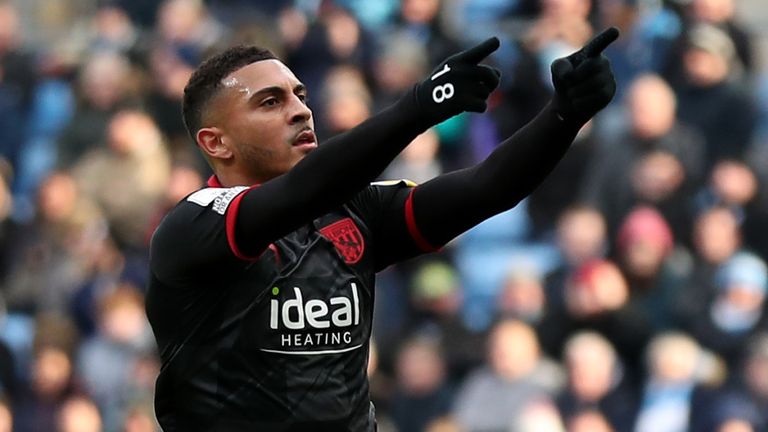 West Brom register their first away win since September with an important 2-1 victory over fellow promotion chasers Coventry.

Valerien Ismael's side ended their four game winless run thanks to first-half goals from Karlan Grant (20) and a controversial Kyle McFadzean own goal (43) which appeared to have been forced by a Cedric Kipre handball.

Coventry pulled a goal back through a thumping McFadzean header from a corner in the 83rd minute, but the hosts could not find an all-important equaliser and West Brom held on for a much-needed three points away from home.

The result sees Albion leapfrog QPR into third for now as they look to gain momentum heading into a busy festive schedule. Coventry, meanwhile, remain in sixth on 33 points.

How West Brom got back to winning ways

After a high energy start with both sides keen to seize the initiative, it was the visitors who took the lead in the 20th minute.

Callum Robinson slid a fine pass into the path of Karlan Grant who coolly slotted past Simon Moore for West Brom's first away goal since he scored at Swansea City in October.

Coventry responded brightly to going a goal down and West Brom were fortunate not to concede an equaliser in the 37th minute when a cross fizzed in by Todd Kane deflected off Kyle Bartley and off the woodwork.

But it was West Brom who extended their lead before half-time in controversial circumstances. Darnell Furlong's low cross was turned in on goal by Kipre's outstretched arm and deflected off McFadzean into the net.

Coventry were on the front foot for the majority of a quiet second half with Ben Sheaf and Kane both firing shot narrowly wide.

And Mark Robins' side looked to have a route back into the match when McFadzean headed in from a corner late on, but the visitors saw out an important victory on the road.

Man of the Match - Taylor Gardner-Hickman

In a game which witnessed 24 fouls, Gardner-Hickman broke up play excellently and was instrumental in West Brom controlling what was a physical midfield battle. He was also one of the team's driving forces when mounting counter-attacks.