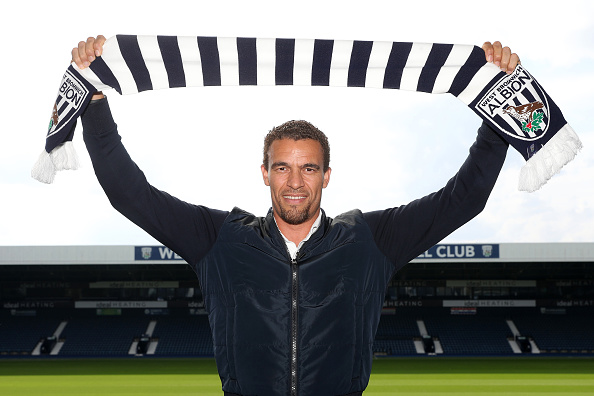 Valerien Ismael’s West Brom are looking to raid Championship rivals Swansea City for Jamie Paterson in the January transfer window with The Mail reporting that there is just seven months left on the playmaker’s contract.

Last week, Derby County boss Wayne Rooney ruled out the prospect of Tom Lawrence swapping Pride Park for the Hawthorns, insisting that the Rams skipper would be sticking around until the end of the season at least.

If that was a blow to West Brom’s winter plans – Lawrance is understood to have emerged as one of the club’s priority targets – then it hasn’t taken the Baggies long to identify an alternative option.

And while Lawrence has had his moments this term, specifically a stunning double in the shock win against title-chasing Bournemouth, there is little doubt that, of the two, Paterson has shone brighter and longer.

There has never been any doubt about Paterson’s ability. Few players in the Championship can compete with the one-time Nottingham Forest star when it comes to talent and technique.

He once scored an FA Cup hat-trick against Sam Allardyce’s West Ham and has even been likened to Manchester City legend David Silva on occasions.

But, at the age of 29, it seems that Paterson is finally starting to add some much-needed consistency to his guile and class, producing eight goals and four assists while thriving as part of Russel Martin’s death-by-a-thousand-passes approach at the Liberty Stadium.

Paterson is due to become a free-agent next summer, however. And Swansea may be forced to cash in if West Brom make an offer they cannot refuse.

The Baggies have failed to score in each of their last three Championship games, a lack of cutting edge undermining their promotion prospects under the increasingly under-pressure Ismael.

“You run out of superlatives to describe Pato,” Martin told Wales Online shortly after Paterson scored a winner against West Brom in October. “He just keeps getting better, he just keeps learning.”

West Brom have also been linked with an 11-goal striker heading into January while one man appears to have played his final game under Ismael.