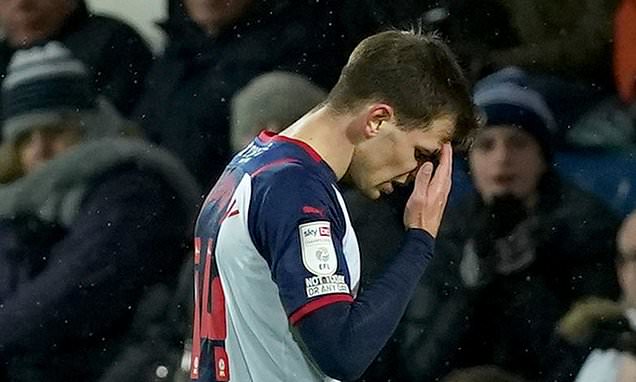 On a night when the local forecast suggested snow and the met office issued a red alert for freezing damaging winds, these Midland rivals finally discovered how to turn up the thermostat.

Sparked by the dismissal of Jayson Molumby for two bookings, ten-man Albion stepped up the final quarter of a humdrum contest while Forest sensed break away potential. Brennan Johnson almost delivered with a fine solo run and shot which required an excellent save from Sam Johnstone.

Albion, unbeaten at home with six wins and three draws, have been losing ground to Bournemouth and Fulham in recent weeks.

The season has stuttered – one win in five games before this fixture – and there is a growing pressure on Valerian Ismael, who is expected to deliver Premier League football.


First job was to deliver a win against Forest, themselves going through an awkward run of draws but who have been unbeaten on their travels since Steve Cooper’s arrival.

Difficult to beat is a coach’s first mantra and that was certainly backed up by Forest’s approach. They were helped to an extent by Albion’s struggle to turn half chances into goals.

Grady Diangana came the closest to opening the scoring with a near-post effort which had Brice Samba scrambling while Darnell Furlong twice saw efforts fly off target.

Forest’s attacks were few and far between, the best coming from Djed Spence which won a corner and nothing more.

Since Cooper took over from sacked Chris Hughton, the climb up the table has been steady. Stoke in sixth place on 31 points is a valid target and he will be hailed a hero if he delivers play-offs. Not good enough for his opposite number who must have despaired when Jordan Hugill fired over in the dying seconds.

Six months ago Ismael was in charge of Barnsley when they played Swansea…where Cooper was manager. Small world.