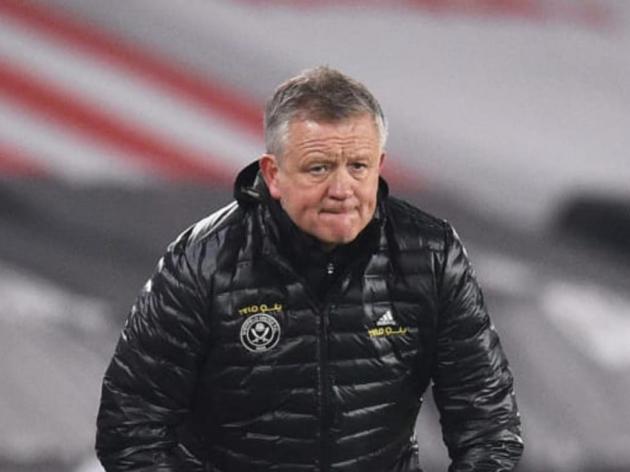 West Brom are expected to hold talks with Chris Wilder after Sam Allardyce announced he would be leaving his role as manager of the club at the end of the season.

Allardyce has been in charge at the Hawthorns for little over five months, though following the Baggies' relegation to the Championship he's confirmed he will be stepping down this summer.

The West Brom hierarchy are already understood to have drawn up a shortlist of potential new bosses, with The Telegraph reporting former Sheffield United boss Wilder has already been in contact with the club.

Former Albion player and current Lincoln manager Michael Appleton is also under consideration by the club, though they're said to be put off by the £700,000 fee they would be required to pay the League One outfit in compensation.

Despite Appleton being on the club's shortlist, West Brom are keen to avoid shelling out money for a new boss given their finances will take a hit following relegation to the Championship. Any money they do have to pay in compensation will ultimately be taken from the club's summer transfer kitty.

With that in mind, former Chelsea boss Frank Lampard is another name rumoured to be under consideration by the Baggies board, though they face stiff competition in the shape of Crystal Palace.

Lampard's name has regularly been linked with a move to Selhurst Park over recent weeks - speculation which is sure to intensify following Roy Hodgson's announcement he will be leaving the club - though that hasn't stopped the Baggies' technical director Luke Dowling considering him as an option.

John Terry is another Chelsea legend to have been linked with the soon-to-be vacant managerial vacancy, with Terry holding connections at the club in the shape of his brother Paul who is West Brom's loans manager.

With over 11 weeks to go until the 2021/22 second tier campaign kicks off, the club remain committed to making the right appointment rather than a speedy one and so it could be some time before they unveil their new man.