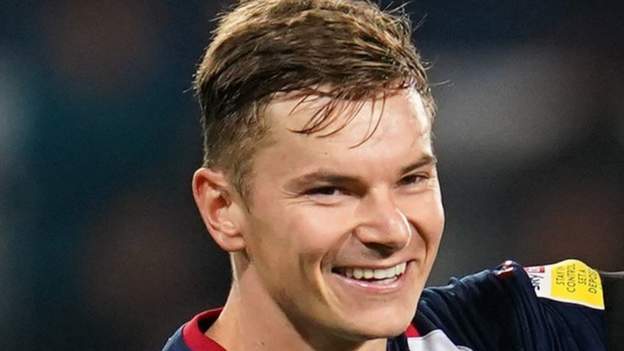 West Bromwich Albion left-back Conor Townsend has signed a new deal with the Championship side until 2025.

Townsend, 28, is in his fourth season at The Hawthorns since being signed by Albion following relegation from the Premier League in July 2108, from then League One side Scunthorpe United.

"He has improved in every game for us," said Baggies boss Valerien Ismael.

"He is a flexible player with the skill and profile we need. Since I have been here Conor has played at a high level, especially in different positions such as centre-back, where he has got even better.

"He has adapted to our philosophy and hits the numbers we need. It is a good commitment from him to the club."

Townsend has been an ever-present for Albion this season, helping the Baggies rise to third in the Championship table as they look for another quick return to the top flight.