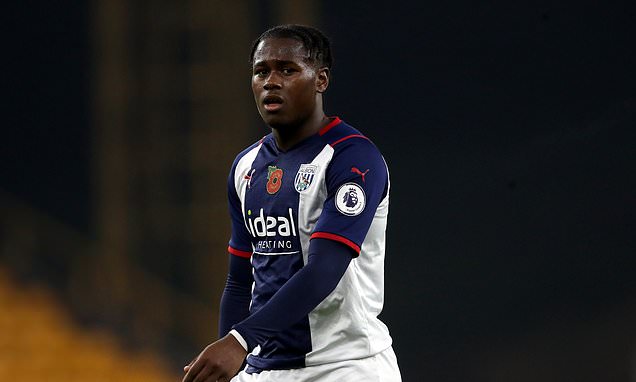 The Bundesliga champions watched the 17-year old in action against Stoke City U23s last month and want scouts to check on him again as interest grows in the powerhouse forward.

Cleary has scored 14 goals in 12 games this season, following another brace against Leicester City last weekend.

He is yet to sign a professional contract and, while Albion are eager for him to stay, the challenge of convincing him is being made all the greater as more illustrious clubs take note of his progress.


Newcastle United, armed with new investment, also checked on Cleary recently as he impressed against Wolves.

They are keen to recruit the country’s top youngsters as part of their new long-term plan to compete with Europe’s elite.

Cleary has been compared in style to a young Romelu Lukaku.

He is quick, strong and has a goalscorer’s instinct and, as Sportsmail reported, has already been drawing interest from Crystal Palace, Schalke, Borussia Dortmund and Hoffenheim.

He has yet to make his first team breakthrough as Albion believe he is still a work in progress but they recognise he has great potential and want to tie him down to a deal.

However, the presence of Bayern and other sides could severely threaten those hopes.

Albion have a great reputation for developing young players and offering a pathway to the first team.

But they have seen a number of top talents leave in recent seasons such as Louie Barry to Barcelona, now at Aston Villa, and Nathan Ferguson to Palace.