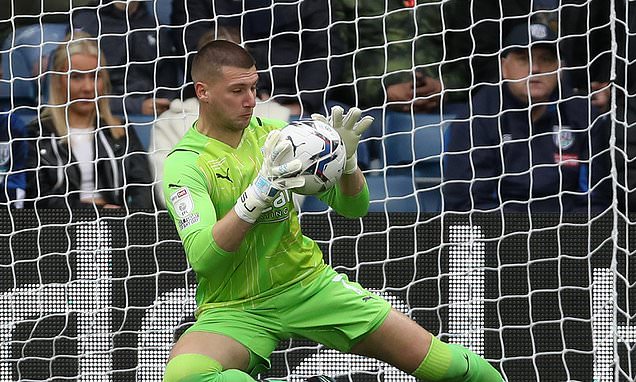 By Sami Mokbel for the Daily Mail

England goalkeeper Sam Johnstone is set for a return to the Premier League to provide a major boost to Gareth Southgate.

The West Bromwich Albion goalkeeper is out of contract at the end of the season and Sportsmail understands the Championship club are now virtually resigned to the prospect of Johnstone leaving on a free transfer ahead of next season.

West Ham and Southampton are among the clubs interested in taking Johnstone in the summer, though a number of clubs are also set to explore a move.

Johnstone has managed to keep his place in the England squad following WBA’s relegation into the Championship last season, despite Southgate’s reluctance to select players who aren’t involved in top-tier football.


Southgate rates Johnstone very highly and has been keen to keep the keeper involved at international level. With that in mind, the 28-year-old’s return to the top-flight will arrive as music to Southgate’s ears.

At this point, it seems unlikely that WBA will let Johnstone leave in January given having the goalkeeper in the team in their pursuit of an instant Premier League return.

A sizeable offer approaching £10million, could force the Baggies into considering selling him In January, but with a huge cash injection at stake through promotion Johnstone remaining at the Hawthorns until his deal expires is likely to be deemed more valuable to the club.

The Baggies could look to extend his deal, but the goalkeeper will be able to earn much more elsewhere next season.