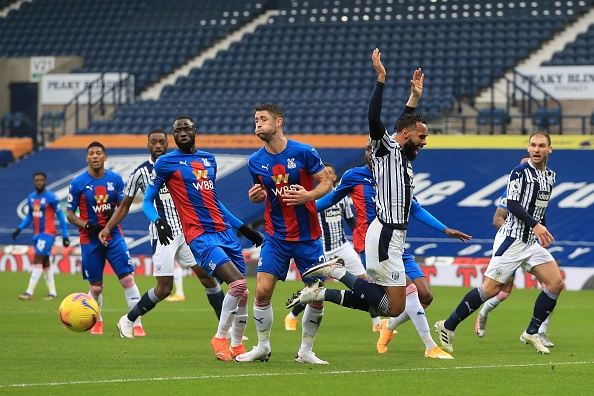 West Brom fans have taken to Twitter to react after The Athletic revealed that Crystal Palace have paid just £900,000 for Nathan Ferguson.

Well, you can understand why the West Brom fans are furious.

Ferguson joined Crystal Palace on a free transfer back in July 2020, after the promising full-back’s contract expired at the Hawthorns.

7 Footballers Who Played TWO Matches In ONE Day

It came just months after West Brom almost received £11m for their Academy graduate, only for a failed medical to scupper the deal.

The Eagles eventually snapped him up for free, and as he was developed by the Baggies, West Brom were due compensation with the figure set to be determined at a tribunal.

That tribunal has now happened, and West Brom have been hit by a bitter blow.

The Athletic believe they had hoped to receive a sum in the region of £5m – £10m, considerably higher than the £900,000 they will be given.

Great for Crystal Palace, but horrible for West Brom

How have Crystal Palace got away with paying just £900,000 for Ferguson?

Yes, it is certainly due to incompetence on Luke Dowling’s behalf, although the system is not designed in favour of the smaller clubs.

Just look at Fulham, who received just £4.3m at their own tribunal regarding Harvey Elliott’s move to Liverpool.

The 18-year-old is arguably a £30m player now, so those who have done the hard work developing these talents are not often compensated properly.

It’s great news for the Eagles, but the Baggies will be devastated.

Sack the board, turn the lights off when they leave. Absolute shambles. We should be sitting on £16m but we sit on £900k. Close the academy, get rid of the scouts and copy the Brentford model. Let others do the hard graft.

Accepted bid of £11m only 6months before, absolute joke. https://t.co/qRTktp43BL

Our pants are officially around our ankles #wba https://t.co/n3st3vQJVf

What an absolute mess, this ownership and board go from bad to worse. Would’ve ended up with far more without it going to tribunal. #WBA https://t.co/hMNy7hngVA

In other news, Report: Liverpool face 'very interesting' competition for £34m ace with 14 goals this season