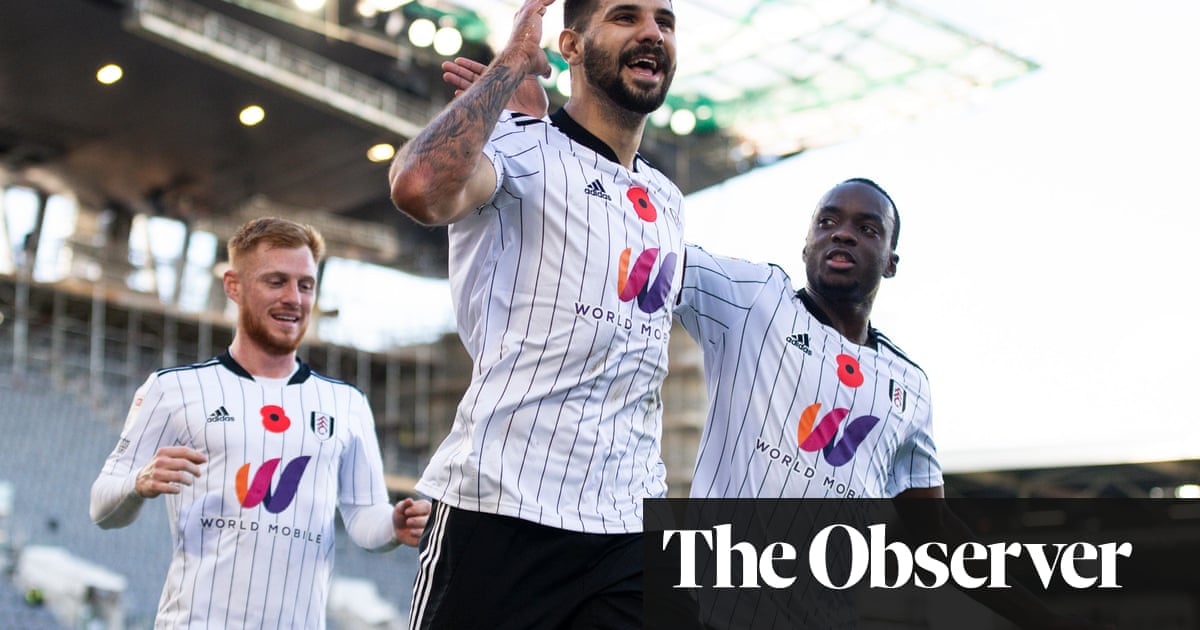 Aleksandar Mitrovic makes this Championship lark look easy. As the striker completed his hat-trick eight minutes from time, the adoring Hammersmith End saluted him in unison. Mitrovic is as close as it gets to a goal guarantee in the division and took his tally to 18 in 15 games as Fulham overcame West Brom, whose afternoon went from bad to worse when Darnell Furlong was sent off with 20 minutes left. The frightening thing for opposition defences is that there are still seven months of the season to play and, in this mood, Mitrovic seems unlikely to wind down any time soon.

The reality is Mitrovic only had four touches in the opposition box but made them count; two of those resulted in first-half goals that took the game away from West Brom, whose main threat stemmed from winning the aerial battle, and another sealed victory after Furlong was given a straight red card for fouling Harry Wilson. Fulham kept West Brom at arm’s length but the visitors threatened from set pieces. Marek Rodak made a smart stop to prevent Matt Clarke finding the net with a flying header from just inside the box, and Kyle Bartley twice went close.

Mitrovic’s numbers are beginning to look silly – his current tally would have been enough to finish sixth in the Championship goalscoring charts last season – and the striker has scored 19 goals in 19 appearances for club and country since August. It is even more staggering given the striker, used sparingly in the Premier League, scored just three goals last season. He got up and running here when Kyle Bartley was deemed to have fouled the striker in the process of raking the ball away from Mitrovic in the box. His penalty was ice-cool, Mitrovic side-footing into the corner.

Fulham may have been fortunate that the referee, Michael Salisbury, awarded a penalty and Mitrovic could count himself lucky when Robert Snodgrass played a blind pass under pressure from Jean Michaël Seri. Snodgrass’s pass rolled into the lurking Mitrovic and the striker toe-poked the ball beyond a stranded Sam Johnstone in the West Brom goal.

Snodgrass raised his hand apologetically and West Brom may as well have held a white flag aloft when Mitrovic added a third, converting Wilson’s cross from close range. The lively Neeskens Kebano had almost got in on the act moments earlier. The only disappointing note for Fulham on an afternoon when they showed their promotion credentials was the red card for Tosin Adarabioyo, who was guilty of poor challenge on the substitute Grady Diangana.