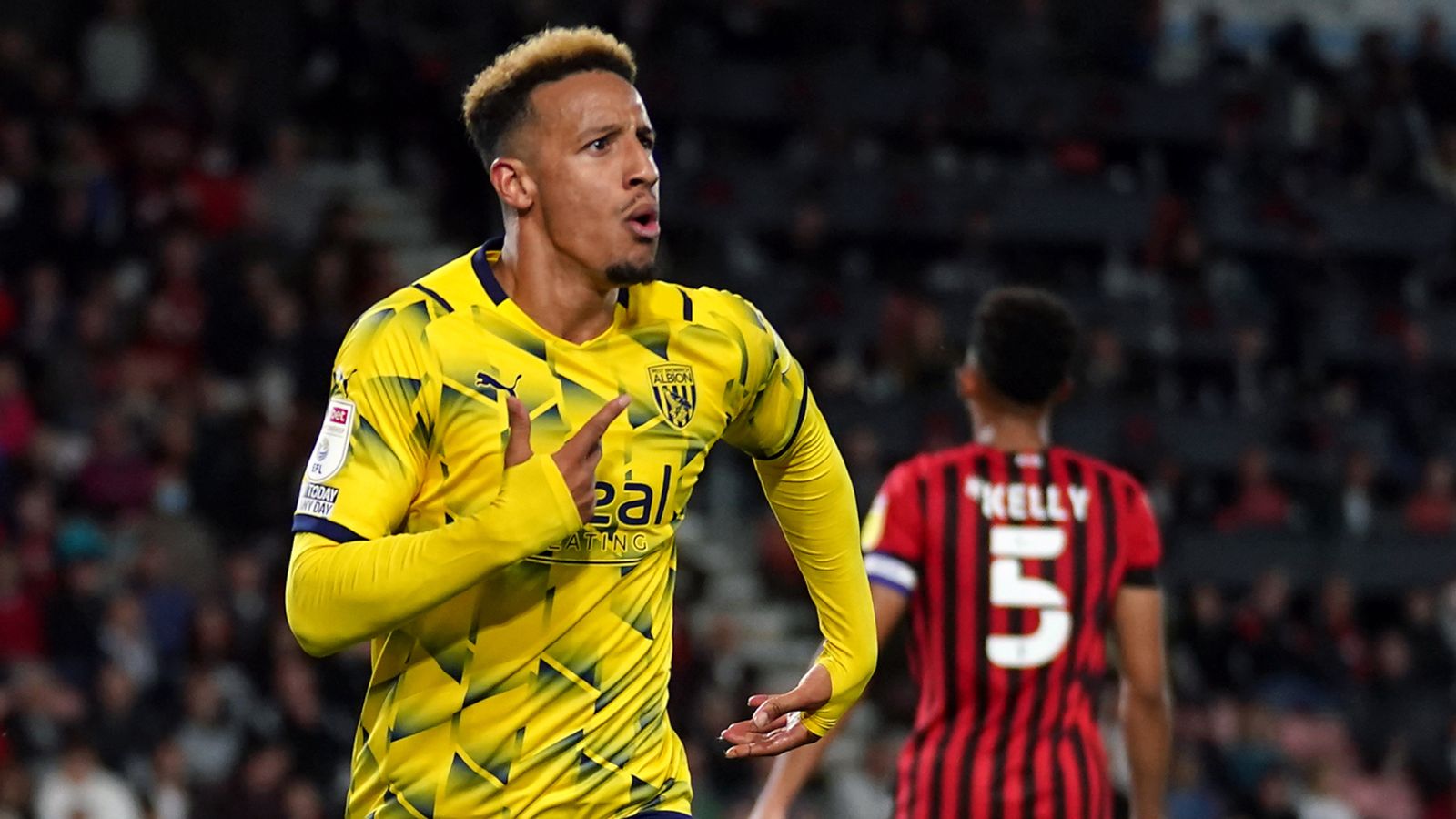 Robinson was sent monkey emojis on Instagram in reply to a post after scoring twice in West Brom's win at Chelsea; West Midlands Police have now transferred the investigation to their counterparts in London and Derbyshire

Image: Inquiries into the racist abuse of Callum Robinson are ongoing

On April 3, Robinson was sent monkey emojis on Instagram in reply to a post after scoring twice in West Brom's 5-2 Premier League win at Chelsea.

Robinson screen-grabbed and highlighted the messages in an Instagram story and West Brom reported the abuse to the authorities.

West Midlands Police have now transferred the investigation to their counterparts in London and Derbyshire.

Both forces told Sky Sports News on Tuesday their inquiries are ongoing and no arrests have been made at this stage.

In April, Instagram removed one account and a number of offensive comments after Robinson was abused on the platform.

If you see a reply to Sky Sports posts and/or content with an expression of hate on the basis of race, colour, gender, nationality, ethnicity, disability, religion, sexuality, age or class please copy the URL to the hateful post or screengrab it and email us here.