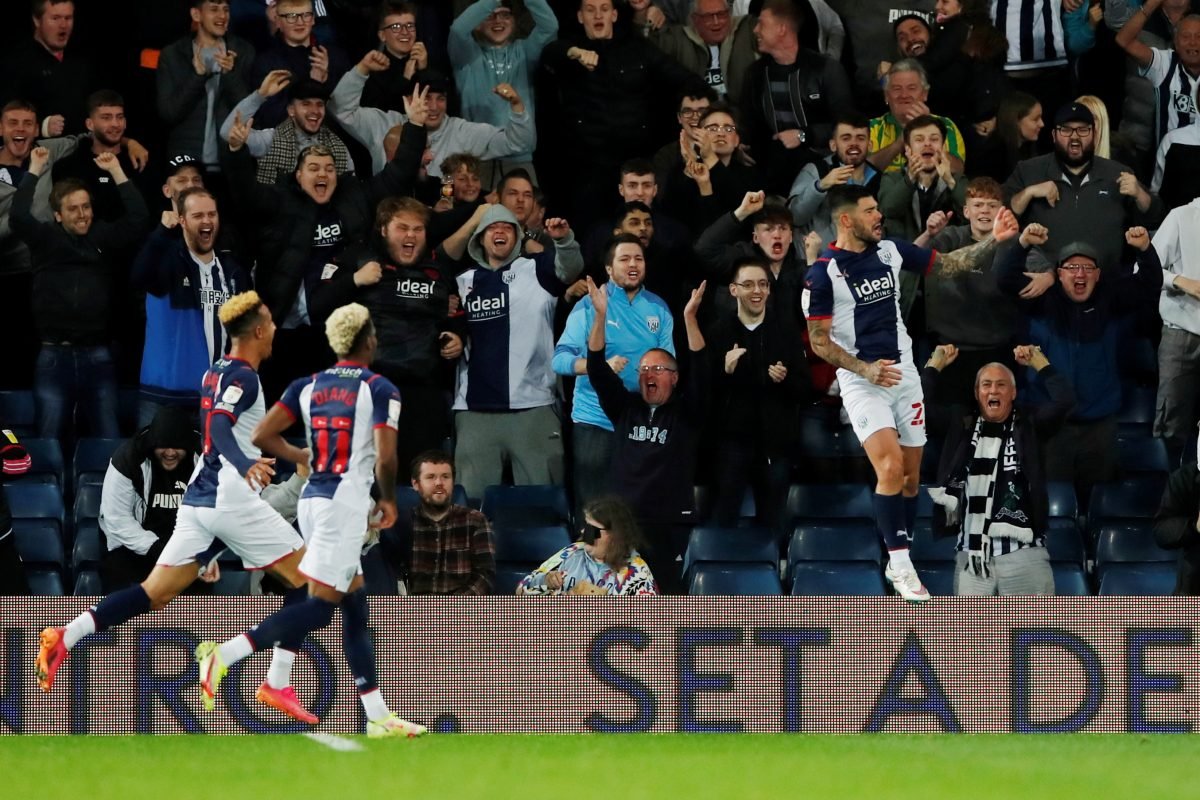 Leeds United struggled to bring in a central midfielder this summer, and they could be looking at Alex Mowatt’s form with envy.

It was no secret that the one missing piece of Leeds United’s summer transfer business was bringing in a new central midfielder.

Someone who could add key strength in depth behind the typical starters would have gone a long way already this season as Marcelo Bielsa contends with injuries.

Meanwhile, what is turning out to be one of the best acquisitions in the Championship is Alex Mowatt’s free transfer from Barnsley to West Brom.

Amid changes to the management at the Hawthorns, new boss Valerien Ismael swooped for the captain in his Tykes side that reached the play-offs, and he’s taken to his new side incredibly.

It’s a budget transfer that Leeds have missed out on, regardless of whether Victor Orta cast his eye on the former Thorp Arch graduate.

Here, we take a look at two reasons why Leeds may be kicking themselves over not pursuing Mowatt…

He’s got goals in his locker

We saw in 2014/15 just how lethal Alex Mowatt’s left foot is and he’s not really lost that knack since leaving Leeds.

He’s scored all types of goals since leaving and the main bulk are absolute screamers.

You can’t search his name on Twitter without seeing a video of yet another belter of a strike from him, with his latest against Cardiff his second early shout for Goal of the season:

🤩 Both strikes in all their glory from every angle 👇@WBA @alex_mowatt pic.twitter.com/GL2p6mrbp1

However, we’re currently in need of supplying more goals throughout the team as we struggle to get wins, with Raphinha’s individual inspiration our main threat at the moment.

Another midfielder who would be able to add to our tally out of virtually nothing would be a huge asset to have.

He’s not the same player that left us

The management style of that man above is a far cry from what Mowatt was used to when he broke through at Leeds.

A key criticism of Mowatt at Elland Road was his lack of mobility and something that plenty would see as a reason why he’d never survive in a Bielsa regime.

However, while Ismael doesn’t adopt the same style as Bielsa, the intensity is there for all to see in how he turned Barnsley’s fortunes around and what he’s doing at the Baggies.

At the heart of both sides is Mowatt, and his 2.2 tackles and 2.1 interceptions per 90 minutes highlight that he does his bit going the other way too.

It’s not a simple argument to make and the only way we’d find out if he could handle it is if he was playing for us, but his stats at West Brom don’t lie.