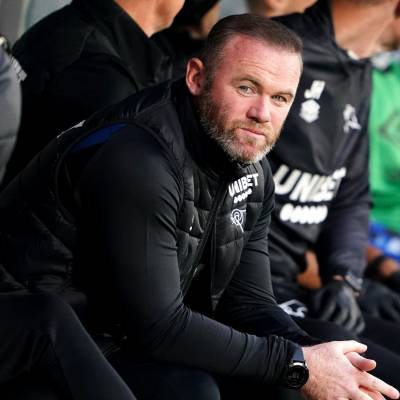 Wayne Rooney has stressed that Derby County have to be ‘ready for the challenge’ when they head to Sky Bet Championship leaders West Bromwich Albion on Tuesday night (8pm kick-off).

Derby will head to the Hawthorns looking to bounce back from Friday night’s 2-0 loss at Birmingham City in their first fixture following the September international break of the campaign.

Rooney’s side have picked up one win and three draws in their first six matches of the new season while Albion, relegated from the Premier League last season, have registered four wins and two draws to date.

Pre-season saw Rooney and his coaching team implement a new style of play on the squad, with the emphasis in the second half of last season placed on picking up enough points to stay in the Championship.

Derby are still in the early stages of that process and the former England and Manchester United striker accepts that by taking risks, there may be some bumps in the road along the way.

It’s a way of playing that Rooney believes can yield positive results and he is confident the Rams can cause Valerien Ismael’s side problems.

“West Bromwich Albion have started the season well and we know what to expect,” Rooney told RamsTV. “It will be a physical game and lots of balls will come into the box so we will have to defend them well, be ready for that challenge and try to create our chances and win the game from there.

“They are similar to the way Barnsley played last year, which you’d expect given the manager moved clubs. It’s about long balls, second balls and it’s going to be a battle. We will be ready.

“We have to stand up to it and if we do that then we will have chances. When we get chances, we have to take them and be more clinical.

“I think the reaction from players, not just in this game but every week, is important. We know in games where we will go one down or things happen against us, that happens in the Championship especially, so we have to respond better to situations.”

He added: “I think the way we are playing, there are going to be mistakes. We are asking players to play a bit differently to how we were previously, so we are taking more risks with the ball.

“We are still early into that, we are only six games into the season so we will get better at it but when mistakes happen, that’s part of how we are playing. I take full responsibility for that because I’m asking the players to play out from the back.”

Rooney’s squad has been bolstered with the return of Republic of Ireland international midfielder Jason Knight.

The 20-year-old missed the early weeks of the season with an ankle injury, but he was named on the bench at Birmingham and was introduced into the action late on.

“It was good to see Knighty back out on the pitch,” Rooney said.

“He has put a lot of hard work in whilst he’s been out injured and he’s an option for us.”