‘Watch your back’: Some West Brom fans rage at what Ronaldo did to 22-year-old talent last night
HITC 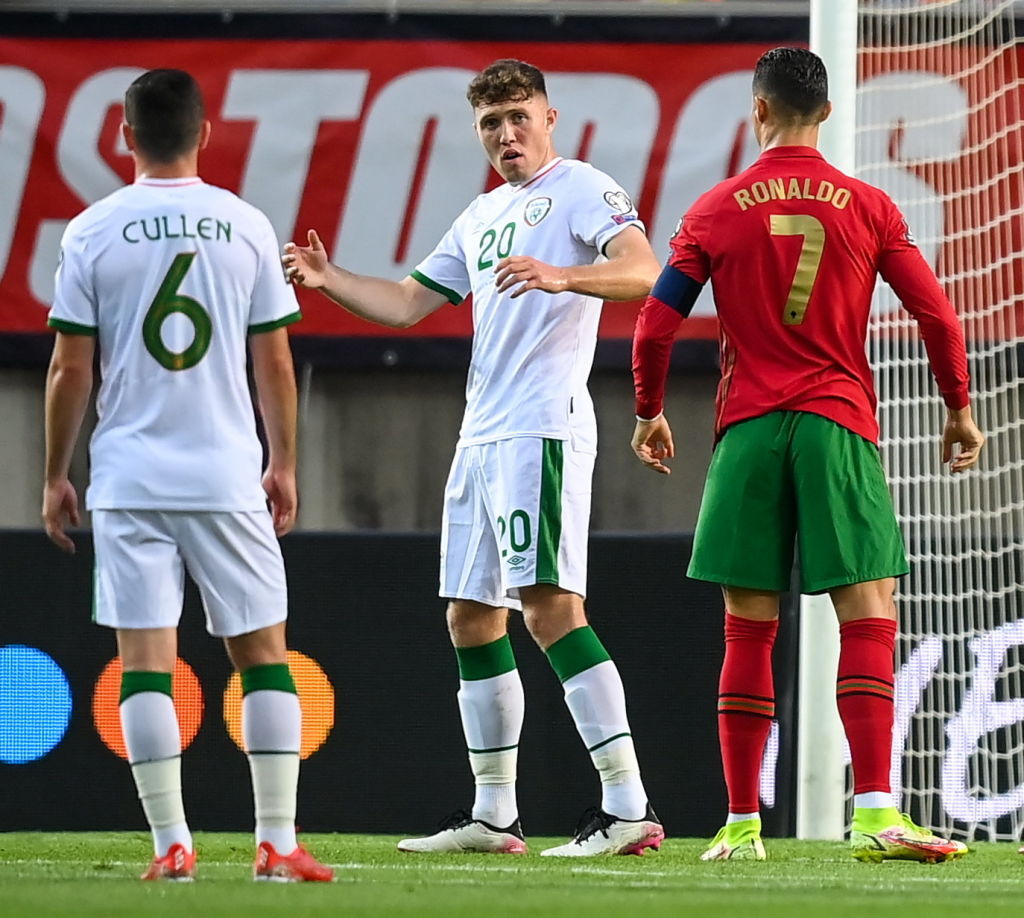 It was a record-breaking night for Cristiano Ronaldo, but Dara O’Shea managed to get under the Portuguese striker’s skin.

The West Bromwich Albion defender provoked the now-Manchester United star. O’Shea kicked away Ronaldo’s penalty whilst play had been stopped for a VAR check.

The move caused Ronaldo to lash out at O’Shea. The Republic of Ireland defender theatrically fell to the floor holding his face as he was hit on the shoulder.

Ronaldo would go on to miss the penalty. But the 36-year-old attacker would have the last laugh as the striker scored two late goals to not only secure the win for Portugal but to also break the record for the most international goals for a male player.

Indeed, O’Shea was taken off for Ireland due to an injury 35 minutes in. But his moment against Ronaldo was enough to get supporters on social media fuming.

Republic of Ireland and West Brom fans immediately jumped to defend O’Shea. Whilst Portugal and United supporters were quick to justify Ronaldo and his slap.

Indeed, O’Shea has been one of West Brom’s best performing players this season. Moreover, the 22-year-old talent has been key to the Baggies strong start to life back in the Championship.

And on social media, West Brom fans were quick to call out Ronaldo for lashing out at O’Shea.

How dare he punch our Dara like that. Get his mam after him.

should be off for that by the letter of the law

Dara is actually so jokes 😂