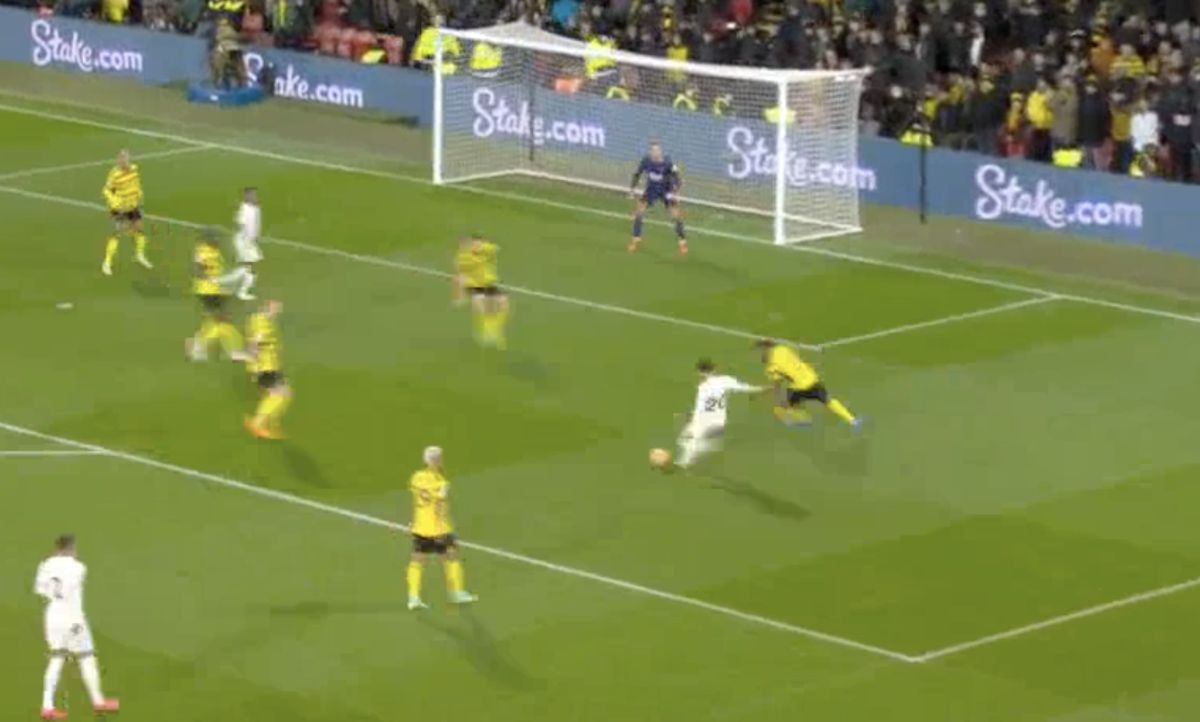 The Citizens, who are looking to capitalise on Chelsea’s 3-2 slip up against West Ham United earlier on Saturday, are now almost certain to go top of the Premier League.

However, with 25-minutes still to go in Saturday’s match at Vicarage Road, the Portugal international has doubled his own tally with arguably one of the best goals of the day.

? “He danced inside and curled it deliciously into the top corner!”