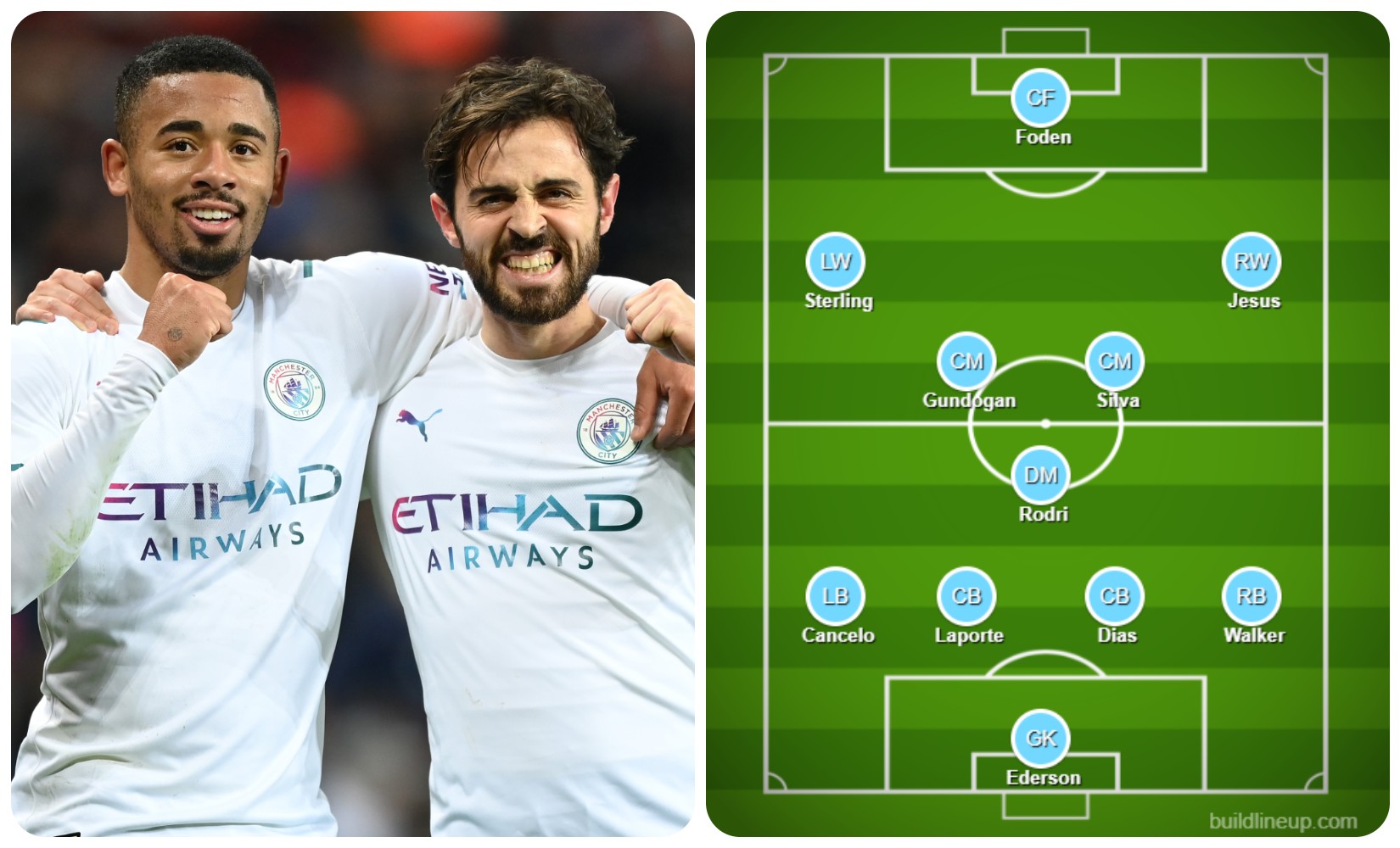 Manchester City are in the hunt for yet another league title under Pep Guardiola, but this year may well end up being his hardest fought yet.

City, Chelsea and Liverpool are all incredibly strong candidates for the title this year and a slip up from any of them could be crucial in deciding the ultimate fate of the Premier League come the end of the season.

Guardiola’s side will go into this weekend’s Saturday fixture, the same day the other two teams play, sandwiched in between first and second with a point either side of them.

But in terms of teams news for their clash against Watford, City will see the return of four players from the sidelines available for selection.

The four musketeers that City will have back are some of the squads most important players when fit. Kevin De Bruyne, Ilkay Gundogan, John Stones and Kyle Walker are all available again which leaves City’s only absentee as Ferran Torres.

So here’s how we think they will line up.

With City’s midweek game against RB Leipzig a dead rubber after securing qualification to the knockout rounds of the Champions League against Paris Saint-Germain, Guardiola will be likely take the opportunity to rest some of his key starters in midweek.

The back line will see Aymeric Laporte and Kyle Walker welcomed back in favour of Nathan Ake and Oleksandr Zinchenko.

While De Bruyne is available for selection again he will not return to the starting xi just yet, but he will probably get some good minutes off the bench.

Instead the in-form Bernardo Silva and Ilkay Gundogan will make up the midfield alongside Rodri who will once again anchor for City.

The front three will see Phil Foden also return after being rested for the 2-1 win at Aston Villa in midweek. Raheem Sterling and Gabriel Jesus will keep their spots and provide support from the wings.

City are the last of the three to play on Saturday, but know that league leaders Chelsea will face a tough West Ham team, while Liverpool will face a tricky tie down at Wolves.

If nothing else, a win for them will see them keep pace. However, a loss could see them drop four points behind top spot and lose second place.

Each of the three need all the confidence and momentum they can get going into this hectic Christmas period, and City are no certainly no exceptions to the rule.