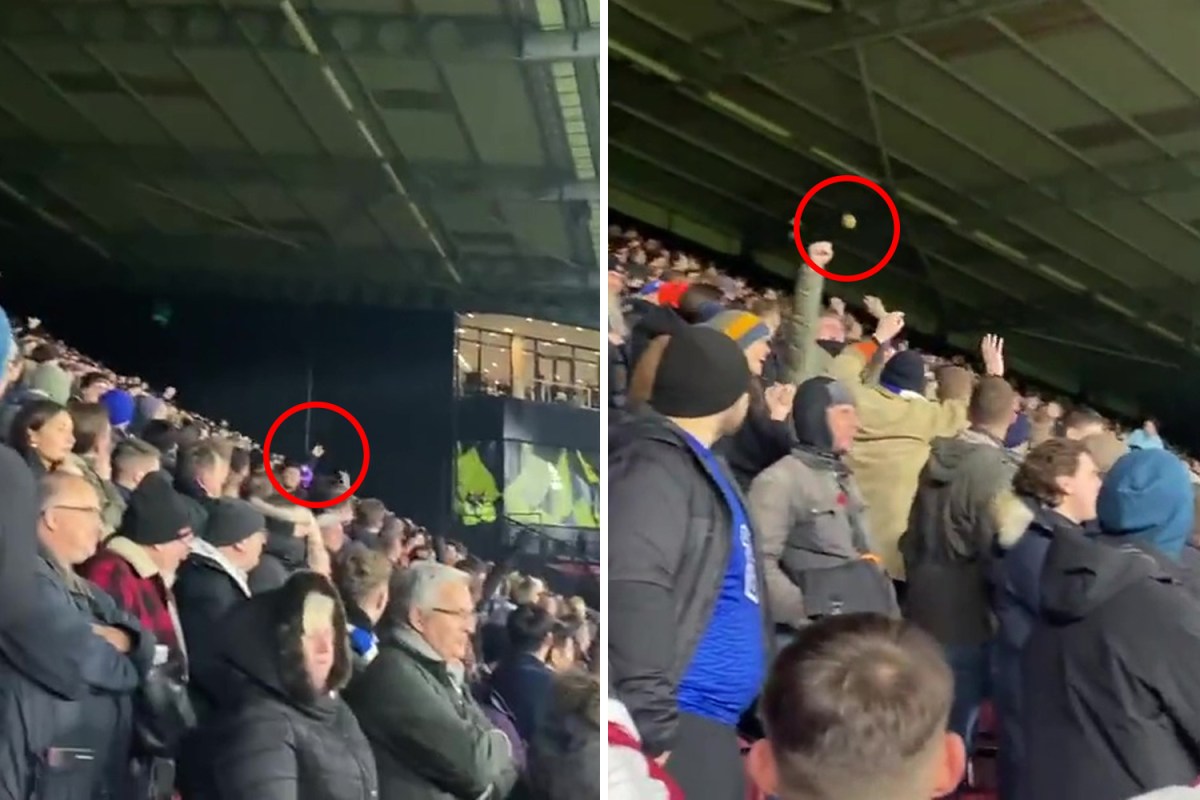 CHEEKY Chelsea fans refused to give Watford the ball in a desperate bid to run down the clock.

The Blues were clinging on to a slender one-goal lead in the dying embers of the Premier League clash.

With the score at 2-1, Watford blasted the ball into the stands behind Edouard Mendy.

Unfortunately for Claudio Ranieri's men, the stand was full of Chelsea fans.

With no ball boys present for the game at Vicarage Road, players were relying on supporters quickly dishing the ball back to them if it beat the hoardings.

But with the clock running out and Thomas Tuchel's men clinging on to a vital three points, the away support took a different approach.

Despite pleas from the Watford players, the Chelsea fans kept the ball and chucked it around among themselves.

Only after 30 seconds or so, when a Hornets coach had found a new ball and punted it up the pitch, did they give it back to Mendy to play on.

The win turned out to be even more crucial for the Blues - with title rivals Liverpool and Manchester City both winning their games.

In winning, Chelsea remained top of the Premier League, one point ahead of Pep Guardiola's side and two ahead of Jurgen Klopp's Reds.

After the video went viral on Twitter, fans were quick to joke - mostly at the expense of Chelsea's PLAYERS.

One tweeted: "More ball retention than our team today."

Another wrote: "Moved the ball better than the entire team today."

A third joked: "They all understood the assignment."