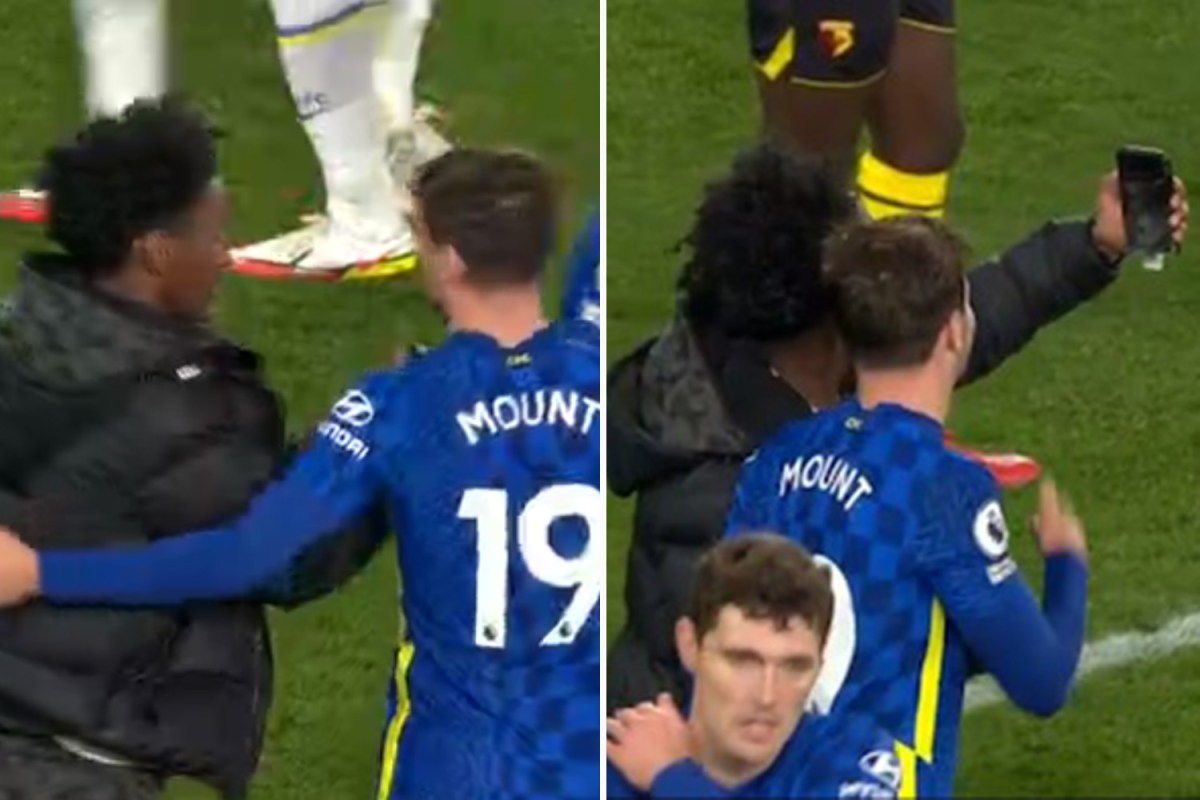 MASON MOUNT took a selfie with an overexuberant fan after scoring in Chelsea's win against Watford.

The Blues were at risk of surrendering their lead at the top of the Premier League table until Hakim Ziyech pounced to secure a 2-1 win.

The England star obliged the fan and took the selfieCredit: Amazon Prime Video

The goal sparked delirious celebrations in the away end at Vicarage Road, with one fan getting carried away.

A supporter managed to break through security and darted onto the pitch in the direction of the Chelsea players.

And he managed to take out his phone for a selfie with Mount, who opened the scoring in the first half.

The England star was happy to grant the fan his wish, clearly still buzzing with his first goal in six games.

The same could not be said for his manager Thomas Tuchel, who was critical of his team after the match.

He raged: "We were lucky. We should admit it. Sometimes you need it. Today we could not reach this level. We were not ready for this game. We are to blame. We never found the right attitude. It was a big exception from the rule.

"We never found the minutes. It got a bit better in the second half. We conceded a lot of chances in first half and did not create much. The two situations we had, we scored. We were very lucky to escape with the win.

“The second half was a bit better. We showed the mentality to do what is necessary. I don’t want to be too harsh but I want to admit Watford played strong.

"We need a lot of points if we want to stay in title race. We felt like we lost two points against Burnley and Manchester United.

"We stole minimum two, maybe three back today. It feels like today we showed when we scored some quality. Overall we can do much better.

"There are some reasons - we have injured players and some key players due to overload were not on the pitch. I don’t want to be too critical. Watford deserved more."