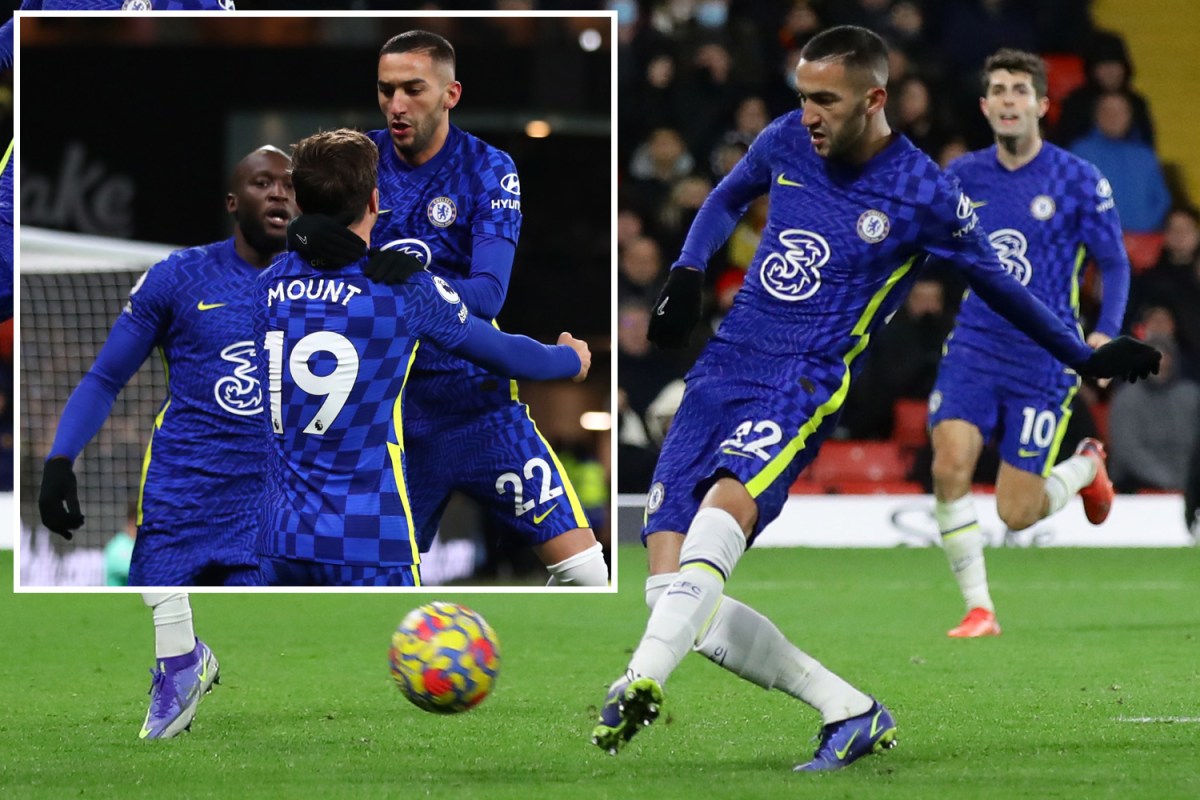 CLAUDIO RANIERI gave Thomas Tuchel the fright of his life as the new Tinkerman almost came a cropper against his Chelsea predecessor.

The veteran Italian was Roman Abramovich’s first managerial victim way back in 2004 after making too many changes for the demanding Russian’s liking.

And Tuchel very nearly fell into the same trap as he rotated himself into trouble with a whole raft of adjustments which only succeeded in disrupting his league leaders.

In the end they just about preserved their place at the top of the table with goals from Mason Mount and Hakim Ziyech.

But they were pushed all the way by struggling Watford in a match which finished two hours and 31 minutes after kick-off due to a terrifying medical emergency.

Poor old Ranieri couldn’t park the bus if he was working for National Express and his seven games in charge of the Hornets have produced 28 goals so far.

Unfortunately for the much travelled 70-year-old, five of those matches have ended in defeat, which is an even worse record than that of Xisco Munoz before he was sacked in October.

Yet his team had come flying out of the traps like men possessed as they looked to catch the European champions cold.

Marcos Alonso points out a fan in the crowd who had collapsed and needed CPRCredit: AFP

The players went off the pitch and play didn't resume for nearly 30 minutesCredit: Getty

Joao Pedro’s goalbound effort was blocked by Trevoh Chalobah before Edouard Mendy was forced into a flying save to prevent Cesar Azpilicueta from turning Kiko Femenia’s fifth minute cross into his own net.

But all that early momentum was brought to a grinding halt by the medical emergency unfolding in the Graham Taylor Stand while Adam Masina was receiving treatment for a tenth minute thigh injury.

Marcos Alonso was first to alert the officials to the situation, directing the Chelsea medical team to the stricken supporter requiring CPR.

Ref David Coote immediately ordered both teams to their dressing-rooms to allow ambulance staff to focus on their work.

And the players made it clear that they were not prepared to return to the pitch until they received a full update on the fan’s condition.

It must have brought painful minutes flooding back for Chelsea defender Andreas Christensen, who was deeply affected when Danish team-mate Christian Eriksen suffered a cardiac arrest during last summer's Euros.

Mount wheels off in celebrationCredit: Reuters

Fortunately Vicarage Road is situated immediately next door to Watford General Hospital and once the patient had been taken away by ambulance the game was finally able to resume after a 35 minute suspension.

The long break had given Tuchel the opportunity to rip into his players and make it clear that their early efforts had not been acceptable.

And his words almost had an immediate effect as Mason Mount latched onto Ruben Loftus-Cheek’s header to smash a shot against the post within minutes of the restart.

But there was to be no let-off for Ranieri’s men when Mount took possession in front of goal again in the 29th minute.

Antonio Rudiger, Alonso and Kai Havertz worked the ball into the path of the young England star and Mount made no mistake as he stroked his shot past keeper Daniel Bachmann.

Watford, already missing a number of key players including keeper Ben Foster and star forward Ismaila Sarr, were forced into another change by Masina’s early injury.

Yet they refused to feel sorry for themselves and came storming back into the game with a 43rd minute equaliser from Emmanuel Dennis.

Loftus-Cheek was caught in possession by Moussa Sissoko and his pass gave Dennis the time he needed to roll a shot through the legs of Antonio Rudiger and inside the far post.

It is hard to believe that Watford paid just £3.5million to sign Nigerian international Dennis from Bruges in the summer.

That’s less than Chelsea have forked out just to take Saul Niguez on loan for the season and it wasn’t hard to work out who is getting better value for money.

The Spanish international midfielder was making only his second Premier League start for the Blues and once again was hooked at half-time to make way for Thiago Silva.

But it was fellow sub Ziyech who had the final say as he rifled a 72nd minute shot into the roof of the net from Mount’s low cross.

Job just about done for Chelsea, but Tuchel will know it was much harder work than it needed to be.