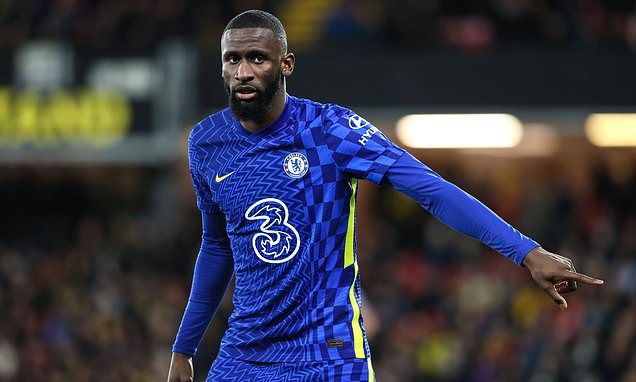 Substitute Hakim Ziyech scored the decisive goal in the second half but Watford had spells of dominance and pushed the Premier League leaders all the way.

It led Zola to praise the Chelsea backline, which was marshalled by Rudiger.

'They won the game because of their great quality. I wouldn’t say they stole the game.’

Rudiger is currently involved in a contract stand-off with Chelsea - his present deal expires in 2022 and the terms the Premier League leaders have offered do not yet match his demands.

Zola, meanwhile, said that such a gritty victory will boost Chelsea's confidence ahead of a packed December fixture list.

‘Sometimes you don’t play your best, either because you aren’t in great form or the opposition puts you under pressure,' Zola said.

'But wins like this are important for the morale. Watford did everything they have to do, they started well and were competitive.

‘I guess it shows what the Premier League is about when Chelsea bring on Ziyech and (Romelu) Lukaku. This is the difference between big teams like Chelsea and Watford.'