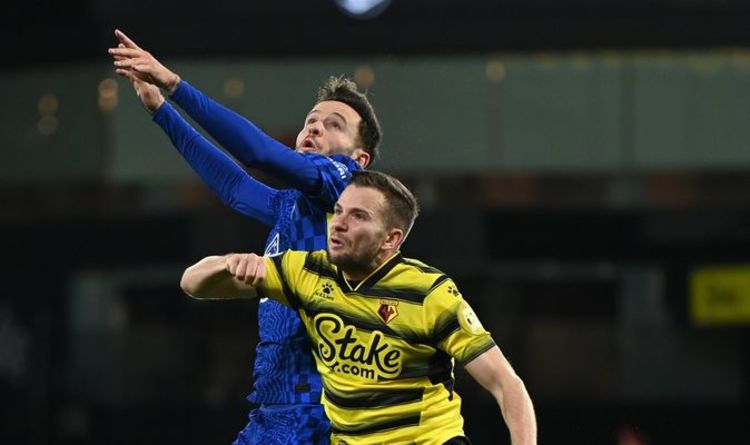 The struggles of Saul Niguez at Chelsea are showing no sign of ending soon, despite the Blues winning 2-1 away at Watford. Saul had been selected for his first Premier League start since September for the clash at Vicarage Road, with boss Thomas Tuchel predicting big things from the Spaniard.

But Tuchel was made to look foolish by the on-loan midfielder, whose problems adapting to the English top-flight are hampering his career at Stamford Bridge.

The 27-year-old arrived on loan from Atletico Madrid at the end of the summer transfer window, but has failed to break into Tuchel’s plans.

Only an injury to Jorginho meant that he earned his second league start of the season, and just his third appearance in the top-flight overall.

Ahead of the trip to the Hornets, Tuchel had insisted that Saul was close to showing his full potential in a Blues shirt.

“I think every single player needs his time to adapt and Saul needed his time. He competes with a lot of high-quality players in midfield,” the German said.

JUST IN: Watford vs Chelsea match suspended due to medical emergency

“I feel him a bit more relaxed and at the same time that gives him a little bit more freedom to impose his quality. He’s very strong in finishing, in arriving in the box.

“In the moment, where we have injured players in the midfield, it’s the moment for him to be ready and I have the feeling since many days that he is ready and can show what he wants to show.”

Far from showing that he is ready to star for Chelsea though, Saul did nothing to turn the corner in another lacklustre display.

The Spaniard started alongside Ruben Loftus-Cheek in central midfield, but the duo were overwhelmed by the Hornets in the first-half.

Chelsea were lacklustre against Watford (Image: Express Sport)Saul struggled to get to grips with Watford's midfield (Image: Getty Images)