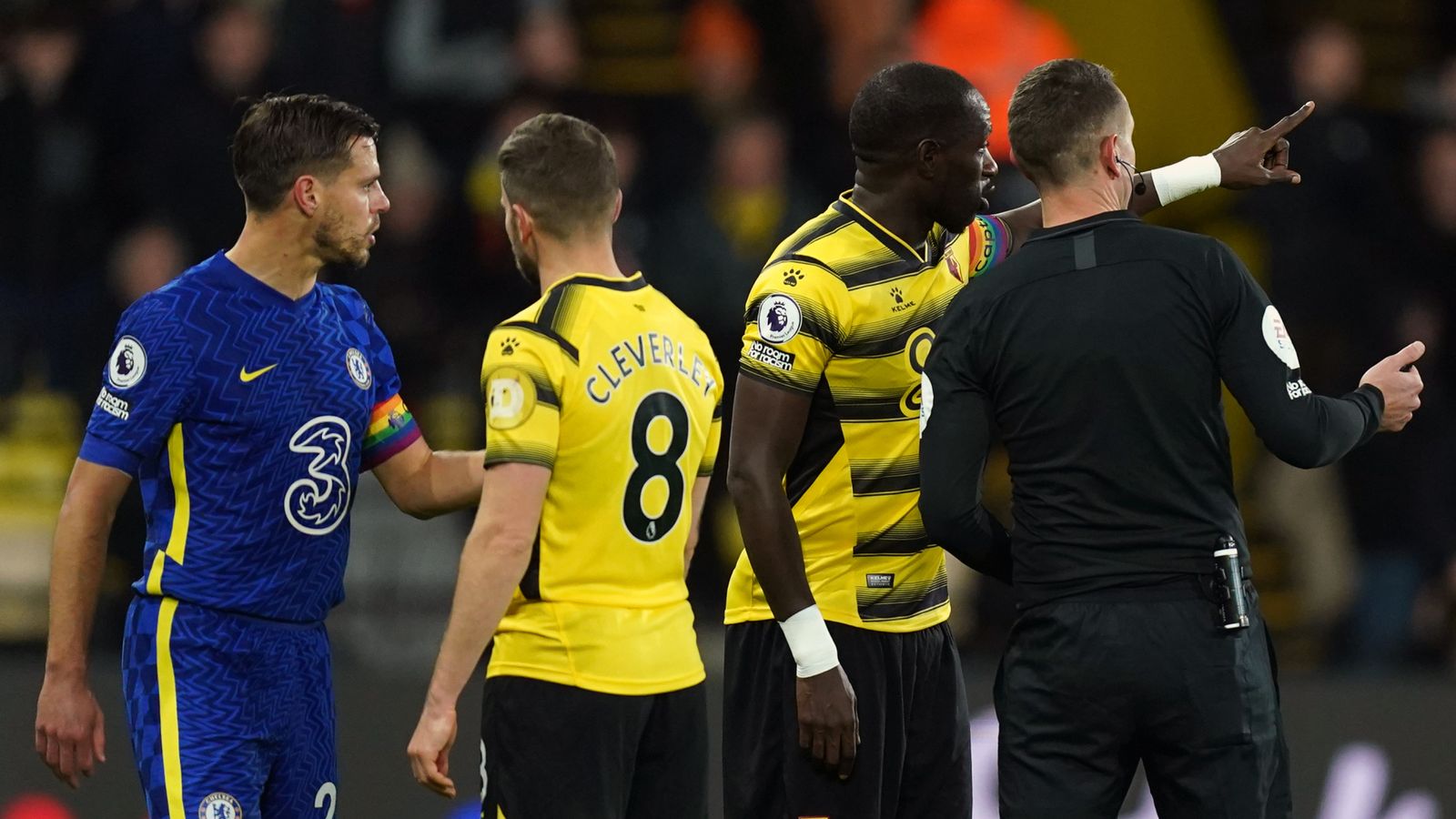 Referee David Coote stopped play 13 minutes into the first half at Watford after players alerted him to an ongoing medical emergency in the crowd; Watford confirmed a fan suffered a cardiac arrest and was "stable" after a delay to the game; also a medical emergency at Southampton

A supporter is in a stable condition following a cardiac arrest in the stands at Watford on Wednesday, while a medical emergency involving a fan was also confirmed at Southampton.

Play was stopped 13 minutes into the first half of the game between Watford and Chelsea at Vicarage Road after players, including Chelsea's Marcos Alonso, alerted referee David Coote to an ongoing medical emergency in the Graham Taylor Stand.

The players left the field for more than 30 minutes as medical and stewarding staff rushed to assist the fan, who was given space as other supporters cleared the surrounding seats.

The fan was eventually taken away from the stadium on a stretcher to applause from the crowd, and the players returned for a five-minute warm-up before play resumed.

Watford said: "Our thoughts are with the fan - who had a cardiac arrest but has now been stabilised - and all those affected. Thank you to the medical staff, players and fans for their quick response."

Image: Chelsea and Watford players leave the pitch as medical staff attend to a medical emergency in the stands

A medical emergency involving a fan was also confirmed at St Mary's, which caused a five-minute delay to the start of the second half of the match between Southampton and Leicester.

There is no further confirmed information about the fan's condition but the person was said to be conscious as they were taken away from the inner arena.

The incident at Watford is the second confirmed cardiac arrest suffered by a supporter during a Premier League game this season, after Newcastle's home defeat to Tottenham in October - the first game under the home side's new owners - was stopped in the 40th minute.