Watford vs Chelsea match suspended due to medical emergency
Express 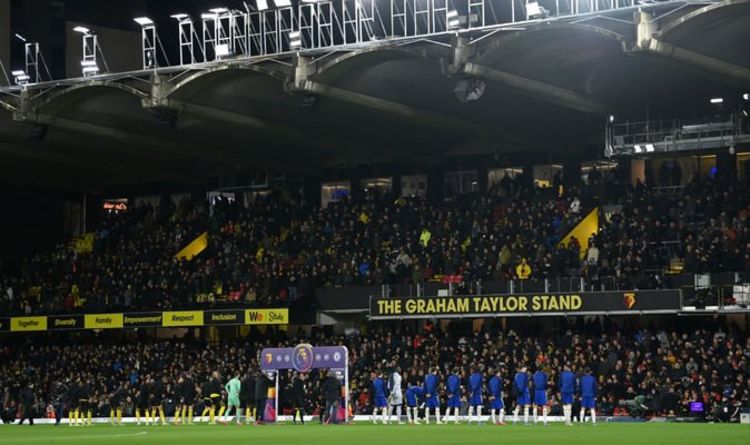 Chelsea's match at Watford has been suspended due to a medical emergency in the stands at Vicarage Road. Medical staff from both teams sprinted onto the pitch and into one of the stands to attend to a supporter.

The match was initially halted around the 10th minute for Watford's Adam Masina to be treated for an injury.

However, Blues left-back Marcos Alonso could be seen furiously gesticulating towards the dugout.

It turned out that the Spaniard was alerting medics towards a serious incident in the stand closest to him.

Staff sprinted across the pitch and towards the stand.

Players from both teams were led back to the dressing room while the fan, who was reportedly a man, was given treatment.

Amazon Prime reporter Jo Ankier said that the players were refusing to come back onto the pitch until they heard positive news.

Ankier continued that the supporter has been stabilised and is in hospital where they will undergo further checks.