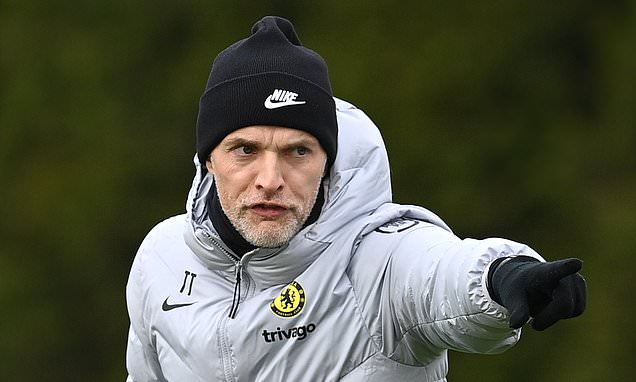 By Isabel Baldwin For Mailonline

Chelsea will be looking to get back to winning ways in the Premier League as they travel to Watford on Wednesday night.

Recent homes draws against Burnley and Manchester United have seen Chelsea's lead at the top of the table slashed to just one point and with Manchester City breathing down their necks a win over Watford is essential for Thomas Tuchel's side.

The Blues are the only unbeaten team away from home in the league having conceded just one goal in six matches, while half of Watford’s home league goals this season came in their shock 4-1 win over United.


Chelsea will hand late fitness tests to Jorginho, Reece James and Timo Werner, while Watford have a mounting casualty list with Ismaila Sarr, Ben Foster and Nicolas Nkoulou sidelined until at least January.

Elsewhere, there are a further three 7.30pm kick-offs taking place, which we will keep you up-to-date with. These are: Southampton vs Leicester, West Ham vs Brighton and Wolves vs Burnley.